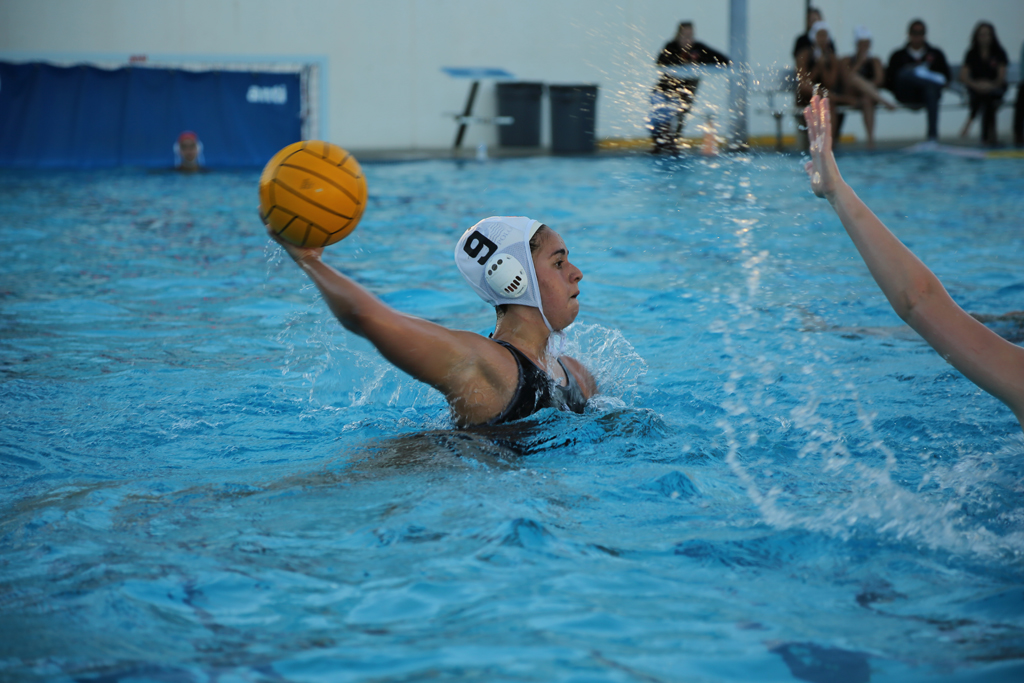 The girls’ water polo team cruised past the San Marino Titans on the road in its first league game of 2016 with a 10-3 win on Tuesday, January 12. The Tigers played extremely well and displayed many of their strengths as a team in Tuesday’s game. This win puts the Tigers up 1-0 in league and 6-1 overall.

The Tigers had full control of the momentum in this game and executed on offensive and defensive. Defensively, South Pas was impenetrable, forcing numerous Titan turnovers and converting them into easy fast break goals. The defense was a big part of the squad’s success on Tuesday, applying constant pressure on San Marino’s offensive. In addition to the stellar defense, the team’s offensive was in full effect once again.

The first half was all South Pasadena. Freshman Sydney Shettleroe initiated the scoring clinic with a quick fast break goal in the beginning minutes. Minutes later, senior Savannah Pierce broke free from the Titan defense and scored a powerful shot in the back of the net, increasing the lead to 2-0. San Marino stood no chance against the heating up South Pasadena offensive attacks as the Tigers scored seven straight goals in the first quarter. With the help of junior Brittany Jarjour’s two goals and sophomore Hayden Carlson’s  three goals, the Tigers led by a score of 9-1 at the end of the half.

In the second half, the girls, finally let up on defense when San Marino had a six on five advantage, scoring two goals back-to-back. However, the quick Titan attacks were not enough to overcome an eight point deficit as the Tigers finished the game at a score of 10-3.

“We all came in with the dominance over the game in our offense by getting steals and assisting one another with goals. This win definitely got us excited for the upcoming games. We are just going to keep working hard and go in with a positive attitude,” Jarjour said.

The team’s second league game will take place at Temple City against the Temple City Rams on Thursday, January 14.