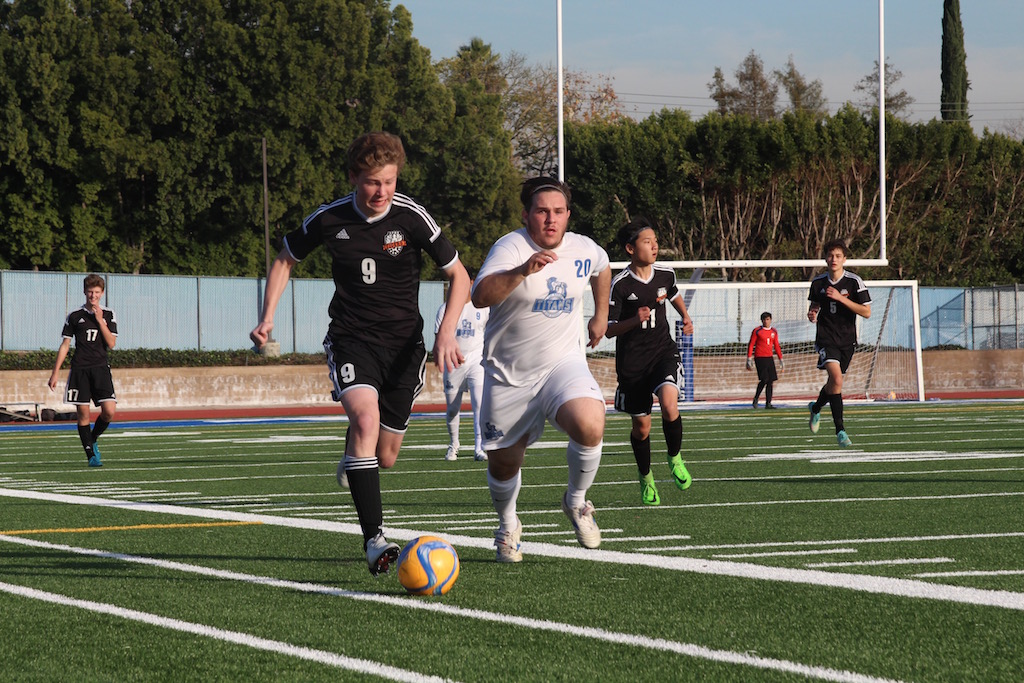 The boys’ varsity soccer team lost to the San Marino Titans away on Wednesday, January 13, by a score of 6-2. With this loss, the team is 0-1 in Rio Hondo League and 2-5-1 overall.

The first half was skewed toward the Titans as they were aggressive on the offensive end throughout the half and effectively countered the Tigers’ attacks. The Titans took over the game as they scored three goals, all of which were headers. South Pasadena’s highlight of the half was when sophomore midfielder David Choi scored from 20 yards out on a shot that hit the crossbar and bounced in. This was the first goal for Choi this season and the first for the Tigers in the challenging match. With such an effort, South Pas tried to overcome the deficit, but ended up handing the Titans the edge. The half closed at 3-1 in favor of the Titans.

The second half was very similar to the first. San Marino continued to dominate offensively and the Tigers could not defend against their surging strikers. South Pas was able to score again however, as sophomore striker Jack Renken took advantage of a breakaway and shot the ball through the keeper’s legs. Despite this effort, the relentless Titans managed to secure a victory by scoring three more goals, making the final score 6-2.

“We did not put our best effort into this match and our morale was very low,” senior defender Tim Hitchcock said, “However, this a good indication that we need to work harder in order to be competitors in league again.”

The Tigers will look to even out their league record when they face Blair High School at home on Friday, January 15.