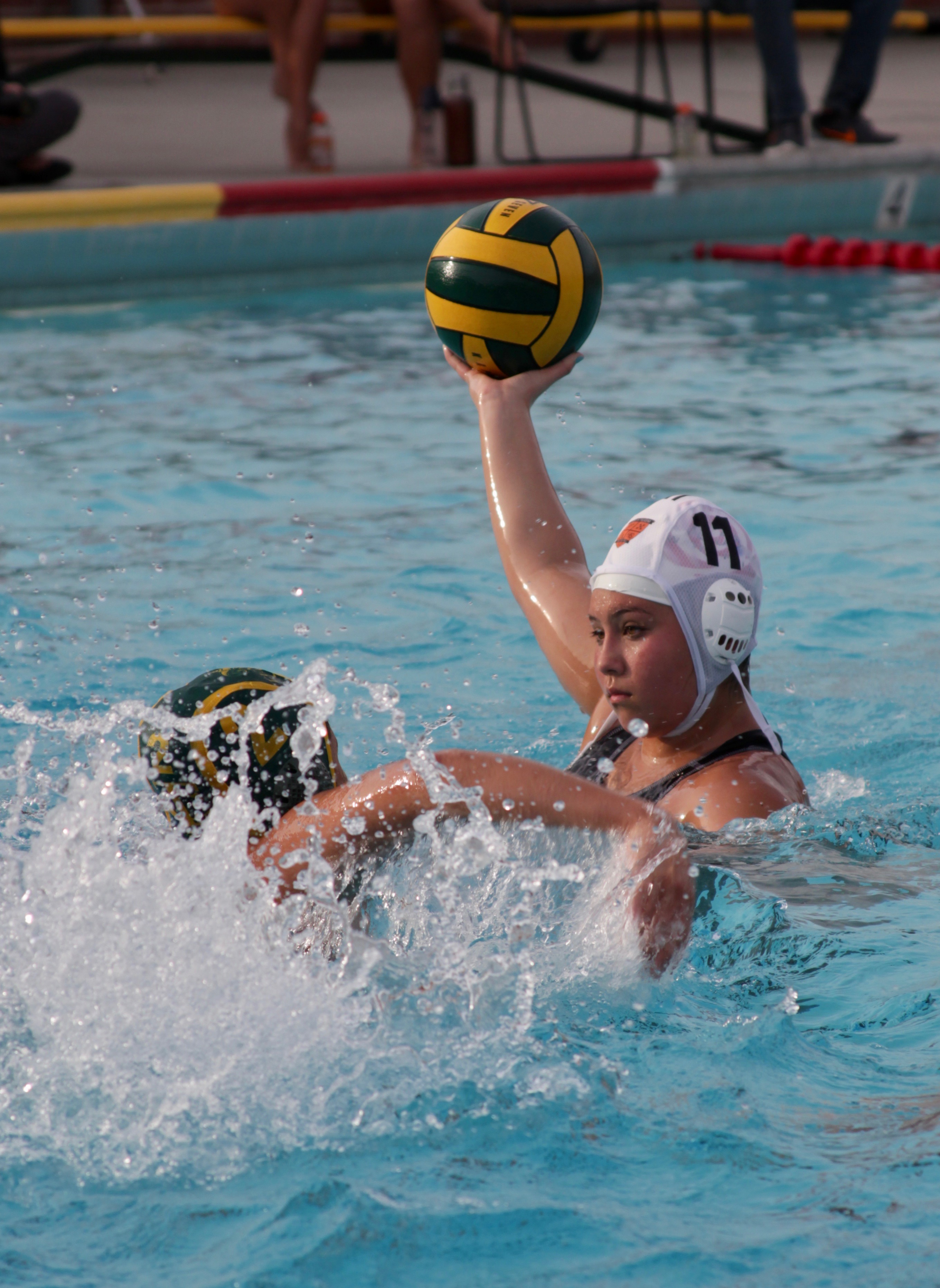 The girls’ varsity water polo team powered past Temescal Canyon in an away game on Tuesday, February 14 for a 17-10 wild card win. This victory propels the Tigers into the first round of the CIF playoffs and brings their overall record to 17-9.

The game started out with a tight first quarter. The Temescal Canyon Titans opened the scoring, but sophomore Sydney Shettleroe responded with the Tigers’ first goal. Junior Hayden Carlson followed up with another goal, before Temescal tied the game 2-2. An exclusion foul on South Pas allowed for a quick Titan goal, which forced the Tigers to call a timeout. Coming back into the game, Carlson returned the favor, using a Temescal foul to score, making it 3-3 at the end of the first quarter.

In the second quarter, South Pas began to pull ahead. After the Titans scored, the Tigers hit six goals in quick succession. Shettleroe found the back of the net twice, and sophomore Jael Osborne added a point to South Pas’ growing lead while Carlson capped off a second quarter hat trick. Temescal ended the first half with a goal and the Tigers went into the second half with a 10-6 lead.

Carlson opened the third quarter with a point. Temescal scored back to back goals, closing the gap to three points, but the Tigers quickly shut them down. Carlson, Shettleroe, and Osborne each contributed a goal to South Pas’ growing lead.

In the fourth quarter, Carlson delivered another swift shot past the Titans’ goalie for a fifteenth South Pas point. Shettleroe followed with the Tigers’ sixteenth goal to which the Titans retaliated with their ninth. Carlson scored her tenth goal before Temescal ended the game at 17-10.

South Pas will play in the first round of the CIF playoffs on Thursday, February 16 at California High School. The Tigers must win against the 18-8 team in order to advance.