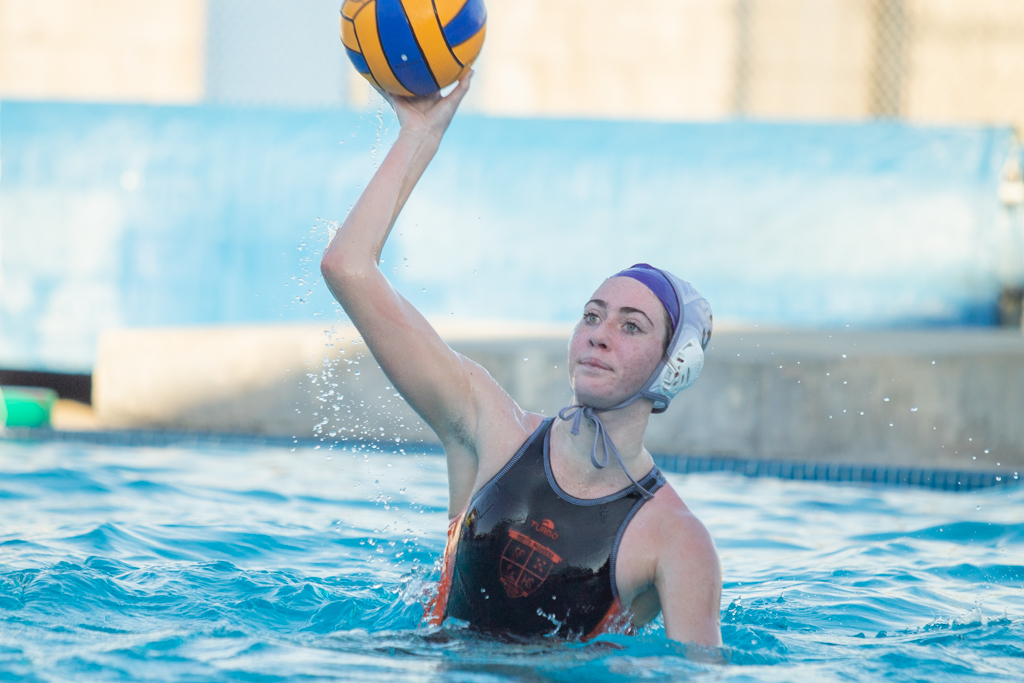 Girls water polo started off its first league game of the season with a win against the San Marino Titans on Tuesday, Jan. 4. The girls won 12-9, opening the game with an aggressive attack, and maintaining that energy throughout the game.

In the first quarter, the Tigers quickly adapted to San Marino’s  style  and established a sturdy lead. Within the first minute of the buzzer, junior Grace Markus dodged Titan defenders and scored. Despite defense from the Titans, the Tigers continued to add onto their lead with help from Markus again who successfully shot another ball in.

On the offensive side, San Marino was struggling to complete any goal attempts as they were swiftly blocked by sophomore goalie Reese Buckley, but halfway through the first quarter, the Titans managed a point, and began to make headway. Not much though as Markus broke through and fired. After San Marino got the ball, the Tigers quickly fought for possession, intercepting a pass, and in the last 4 seconds, Markus secured a high-powered shot, closing the quarter in the Tiger’s favor 3-1. 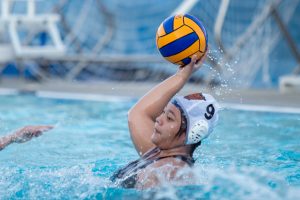 Kicking off the second quarter, San Marino began their attack, thwarting South Pasadena and scoring two points. Attempting to break the 3-3 tie, South Pasadena tried but failed to connect plays ending in missed shots and Titan possession, forcing the Tigers to play on the defensive until Markus scored twice.

Through fast passes from teammates across the pool, junior Allison Lee received the ball, missing the goal on the first shot, but reclaiming the ball and scoring on the second, bringing up the score to 6-3. After repeated attempts to score, the Titans landed another point, but the Tigers responded back with double that, finishing off the half with a 8-4 lead.

The third quarter opened with Markus scoring, but San Marino began a fierce counterattack, landing three goals as South Pasadena started to lose its momentum. The teams fired back and forth at each other, missing. When the Tigers fianlly scored a goal, San Marino responded by scoring too.

San Marino attempted to close the gap in the fourth quarter, but their attacks at the goal were to no avail. After a struggle to gain some momentum, South Pasadena reclaimed the ball as junior Luna Encinas fired it into the net. In their last attempts, San Marino scored a penalty shot, which was its last goal of the game. For the rest of the quarter, Lee and Encinas took turns at the goal until the buzzer rang, securing the Tigers 12-9 win.

“We definitely bonded more as a team,” Markus said. “That’s why we did a lot better than the [preseason] Poly game because we now know how to play with each other.”

The Tigers have started off league strong under new direction from head coach Lindsey Garcia, and hope to continue this streak at their next game against the Temple City Rams on Thursday, Jan. 6.