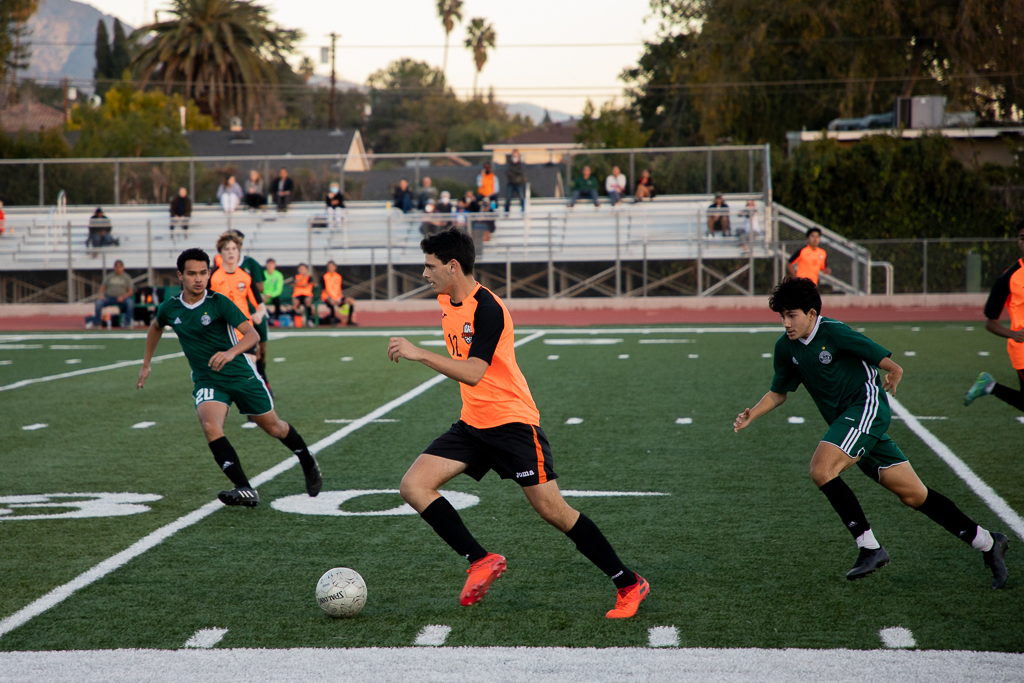 The Tigers relied on their impressive communication to take home the 3-0 win on Wednesday.

Boys soccer trampled the Monrovia Wildcats 3-0 in their first league game on Wednesday, January 5, kicking off the season in first place of the Rio Hondo League. A combination of the Tigers’ brilliant communication, strong goal shots and aggressive defenders countered the Wildcats at every turn.

The Tigers started the first half on the wrong foot as the Wildcats’ defense shut down the Tiger’s weak passes and slow movement. However, junior midfielder Shota Maekawa’s solid footwork propelled South Pas down the field and aggressive interceptions from junior midfielder Oscar Cassidy kept them in the running. The game continued back and forth as both teams pushed to the other’s goal, but neither managed to net a point.

Monrovia’s masterful ball handling was the backbone of its offense and allowed them to play along the sidelines and charge down the field, but they played timidly and did not utilize their offensive speed.

Eventually, South Pas’ remarkable communication led them to their first point of the game. South Pas secured an inbounded ball through dribbling and tactful passes, pushing down the field and ultimately passing off the ball to junior forward Tilo Andac. Despite missing goals earlier in the game, Andac brilliantly maneuvered through Monrovia’s defenders and scored.

As the game went on, Monrovia maintained its controlled passing and dribbling, yet failed to apply it to an actual goal as Tiger defenders prevented a clear shot. Towards the end of the first half, Andac intercepted one of Monrovia’s passes and passed the ball off to Maekawa. Battling through a wall of defenders, Maekawa commanded the ball and slid it in ─ giving South Pas a 2-0 lead.

As the half wound down, junior defender Aidan Villasenor hindered the Wildcats, stopping them at the sidelines and forcing them to pass the ball. At the end of the first half, South Pas dominated with a 2-0 lead.

The second half started off much stronger for South Pas, as they maintained possession and quickly snatched inbounded balls ─ all the while, Monrovia continued to play timidly. 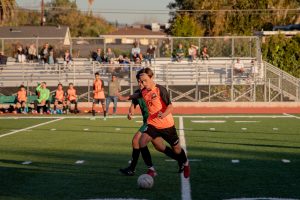 Junior defender Declan Swift continually forced Monrovia’s attackers to the sidelines where the Wildcats either lost possession or kicked the ball in a panic to South Pas’s awaiting defense. Even with their heightened offense, the Tigers struggled to convert that to points, as they missed goal shots and lost control of the ball. The second half dragged on as a back and forth battle, with both sides stealing and promptly losing possession of the ball.

Towards the end of the second half, junior defender Henry Fogel nailed South Pas’s third and final goal. Charging down the field, Fogel, stationed at the 30-yard line, received a pass and launched the ball in. Making one final push, the Wildcats attempted to score, however junior goalkeeper Aidan Kinney rapidly dove at the incoming ball and blocked it ─ Monrovia would not get another shot at the goal. At the tail end, South Pas shut down Monrovia’s hopeless defense and anchored the 3-0 victory.

“I think the game went really well, we had really good chemistry on the field and our defense allowed for very few shots from their team,” Swift recalled. “I’m feeling really good about the season as we’ve been playing really strong, so if we can keep this up we can for sure make it into CIF.”

The Tigers face off against the La Cañada Spartans on Friday, January 7 in their second league game at home.