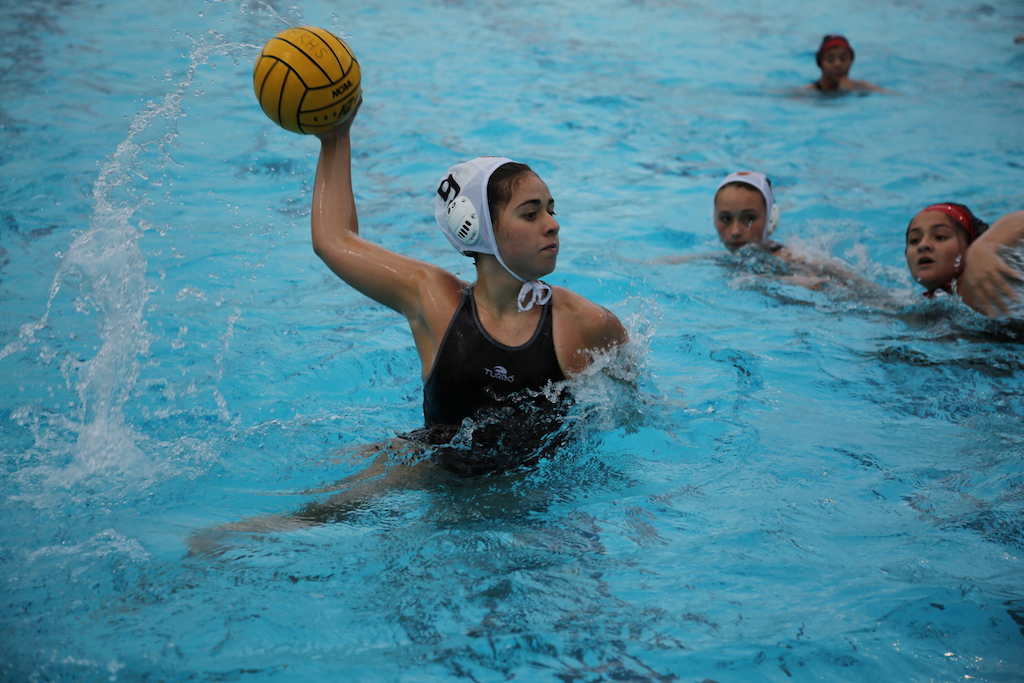 South Pasadena varsity girls’ water polo team, with the help of sophomore Hayden Carson’s six goals, delivered the win with a 10 point demolition of the Mark Keppel Aztecs on Tuesday, January 5. The Tigers played their first road game of 2016 without any trouble, defeating the Aztecs 13-3 and increasing their record in preseason play to 5-1.

“I think we are getting stronger physically and mentally as a team. Also, we all have learned to take more risks throughout our games so we can achieve our goals,” junior Brittney Jarjour said.

The entire game was controlled by the aggressive South Pas team. In the first quarter, the girls exploited the holes of the Aztec’s defense with goals from Carlson, Jarjour, senior Savannah Pierce and sophomore Sumiko Rudinsky, putting the Tigers up 4-0. Furthermore, the Tigers continued to actively apply pressure on the Aztec’s offensive attacks, limiting many shots and creating more opportunities for South Pasadena. The second quarter followed the same kind pattern with three more South Pas goals and none from the opposition; the score at the end of the half was 7-0.

As the third quarter came around, the Tigers seemed to be running away with the game, until finally Mark Keppel scored off of a penalty shot, cutting the lead to 7-1. Other than another Aztec goal, the game remained steadily in South Pasadena’s hands as Carlson, senior Melody Gray, and sophomore Marta Jerebets added four more goals, increasing the lead to 11-2. The game’s final score was 13-3 as the girls claimed their fifth win in season.

The girls plan to end preseason on a positive note with a two-day tournament on January 8 and 9 before league play begins.