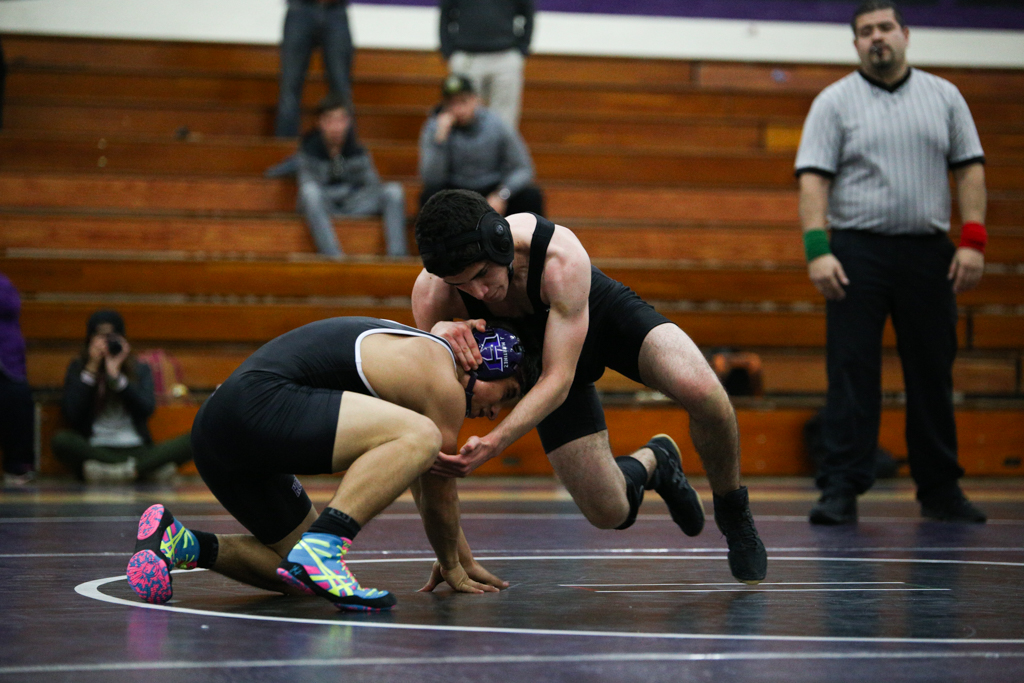 The wrestling squad tussled with Hoover High School for the team’s first duel meet of the season, losing to the Tornadoes 50-24. The duel took place in Hoover’s gym on Thursday, January 7. Although the Tigers took off with a strong start, matches lost to Hoover’s aggressive lower-mid weights and heavy weights, and an initial disadvantage of a 24 points due to a lack of weight classes amounted in the Tiger’s loss.

The competition started off with a forfeit of the 106lb weight category by Hoover, paving a way for the 113lb match victory in 20 seconds by sophomore Irvin Perez. After the win, senior Nathalie Lizama (120lb) lost by a pin during the first period of her match. Senior Caleb St.Julian (126lb) then showcased an aggressive performance as he won by a score of 18-3. St. Julian earned his large lead from mostly be near-fall points. Freshman David Szilagyi (130lb) and sophomore Sebastian Chinen (145lb) then lost two subsequent matches from pins.

After the losses, South Pas showed promising signs with wins from seniors Emiliano Sornoso (150lb) and Jason Takarabe (160lb) by scores of 15-2 and 3-0 respectively. However, The heavier weights could not find any success: a close loss from senior Parker Bell (160lb) and an even more narrow loss from sophomore Fernando Sornoso (180lb); the two matches concluded the duel.

“Our lack of weight [classes] really didn’t help,” said Chinen. “Overall we wrestled well and came back happy with the [performances] of the wrestlers who competed.”

The Tigers will contend in their next league duel on home mats next Thursday, January 14, against their rival, San Marino.