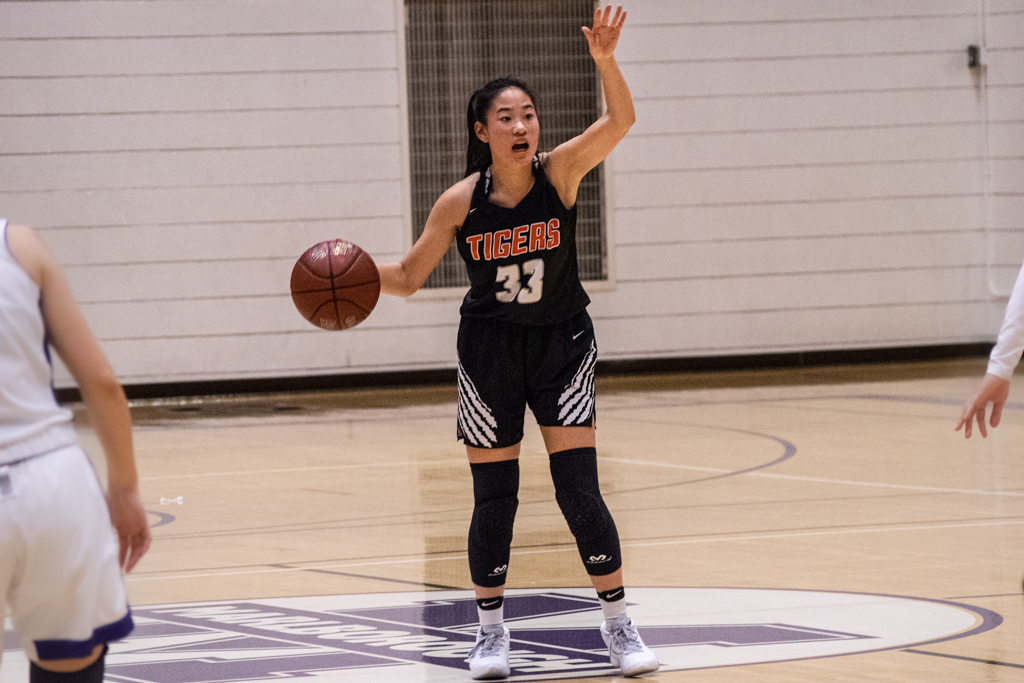 Although the Tigers' scrappy defense forced 20 turnovers and held the Spartans to 25 percent shooting, it wasn't enough to overcome a slow first quarter start.

Girls basketball fell to the La Cañada, 37-32, for the second time this season on Wednesday, Jan. 29. The Spartans sprinted out to a 13-3 lead in the first quarter, but the Tigers brought the game within one point by the third quarter. However, the Tigers didn’t have enough fuel left in the tank to complete the comeback and fell to 3-2 in the Rio Hondo League

In the first few minutes of the game, both teams made aggressive plays, slowing down the game with whistle after whistle. The Tigers were able to penetrate the Spartan defense, but were unable to finish their layups.

Meanwhile, La Cañada’s continuous offensive movement and screens confused South Pas and it took a commanding 13-3 lead at the end of the first.

However, the Tigers begin to pick up momentum by the second quarter, utilizing fast breaks and offensive rebounds to creep back into the game. Sophomore Allysan Tse and seniors Charlize Kruzic and Gianna Beasley all sunk free throws to chew into the La Cañada lead. Kruzic willed in a final layup with five seconds left in the half and the Spartans only led 22-17.

The second half of the game became a vicious cycle of the Tigers drawing within one or two points, but Spartans pulling away. Senior Emily Newhall rattled in a three and Kruzic nailed a scoop layup to bring the score to 27-26.

La Cañada began the fourth quarter with eight unanswered points, but South Pas would not go away. Kruzic led the Tigers with a triple and a fast break layup, but they were unable to hit crucial shots down the stretch; the Spartans knocked down free throws to ice a 37-32 victory.

“I think we played really good defense and we played as a team,” Tse said. “We had each other’s backs, so even though we lost, we were there for each other.”

South Pas will face Temple City on the road on Friday, Jan. 31. The Tigers destroyed the Rams, 54-20, in their previous meeting this season.