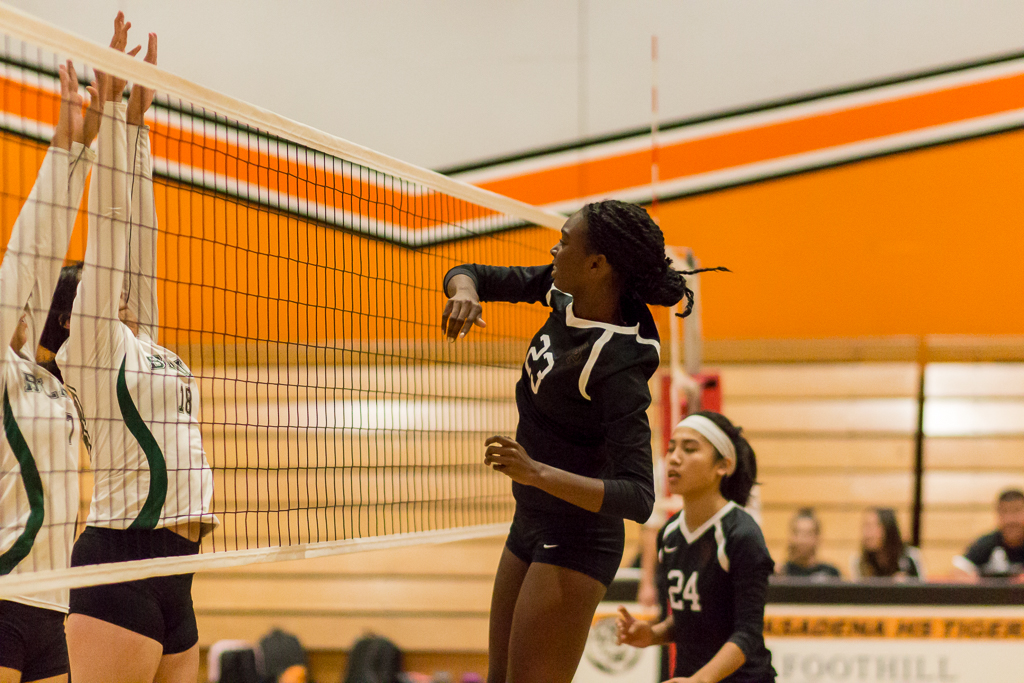 Junior Christina Taylor follows through, as she pound the ball into Blair reception.

The Tigers began with strong offense and powerful serving. Senior Maddi Saito and freshman Lola Foord delivered several kills at the start of the set. Junior Lindsey Kuwahara and freshman Lexi Schroeder served a combined four aces, giving the Tigers a significant lead. Blair gained slight momentum with a two-point streak but were unable to maintain that energy after a kill from Saito. South Pas continued to play aggressively, utilizing kills from Saito and junior Christina Taylor to establish a further lead. Aces from Kuwahara and Schroeder widened the score gap and a Vikings error ended the set at 25-10.

South Pas started of the third set slow with poor communication, giving Blair a three-point lead. The Tigers continued to make errors and the score rose steadily with the Vikings a couple points ahead. Junior Kimberly Brown made a kill, subsequently tieing the score at 9-9 and giving South pas momentum. Four aces from Kuwahara gave South Pas a large lead. Kills from Seniors Harper Fox and Isabel Bluml closed the game for the Tigers. South Pas won the set with a score of 25-15.

“We played at our best potential today,” said Saito, “Our starting lineup changed a bit for this game and everyone contributed to the game.”

The Tigers will play Temple City away on Thursday, September 28 hoping to improve their record.