Girls’ volleyball regains footing in league with victory over Blair 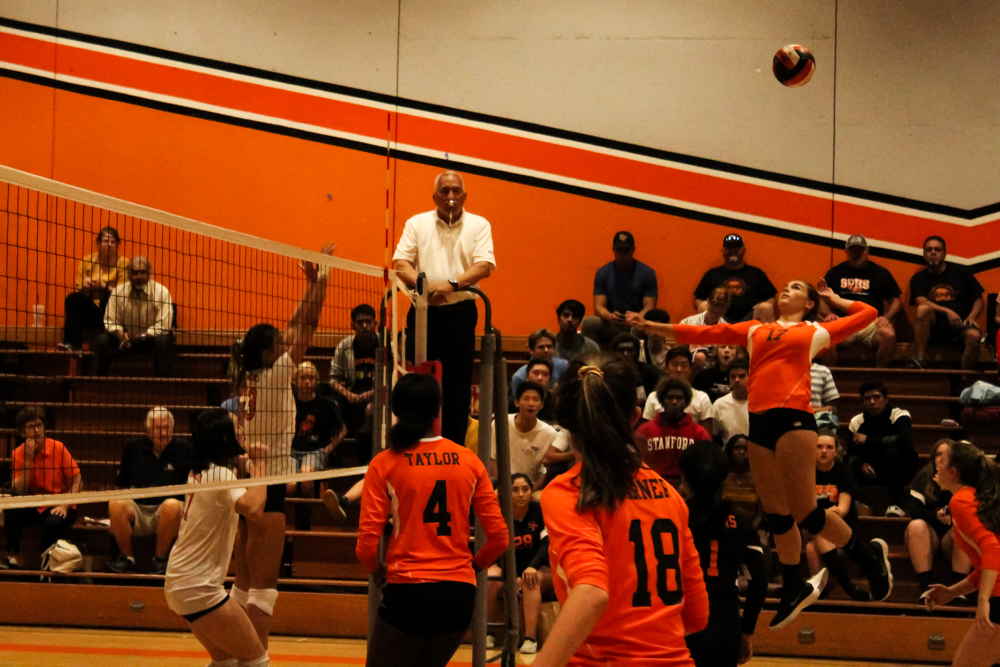 Girls’ volleyball beat Blair High School in three sets on Tuesday, September 18, improving their record to 2-1 in league. The Tigers came back to win their fourth game of the season after a loss against Poly the day before.

South Pas started off the game with an early lead over Blair. With the Tigers up by ten, senior Christina Taylor blocked the ball, securing another point for the Tigers. SPHS continued to remain up by ten, with the majority of the points scored due to Blair missing South Pasadena’s hits. The Tigers won the first set by a score of 25-9.

The Tigers beat the Vikings again in the second set. Although SPHS started with weak play, they quickly regained the lead and triumphed over Blair. With the Tigers up by twelve, sophomore Sydney Abundo blocked and passed the ball to senior Maddison Abundo, who set it for senior Jessica Lopez. Lopez proceeded to spike the ball, winning another point for South Pas. The Tigers finished off the set up by thirteen, with the winning block coming from Taylor.

SPHS started off the third and final set behind Blair, but the Tigers slowly made a comeback. Saves by freshman Ally Sokolow and hits by freshman Kennedy Taylor helped turn the game around. With the score tied 20-20, senior Kimberly Brown came in clutch with a kill and the Tigers soon won the game, 25-21.

Girls’ volleyball will be playing a home game against Temple City this Thursday, September 20, at 3:30.