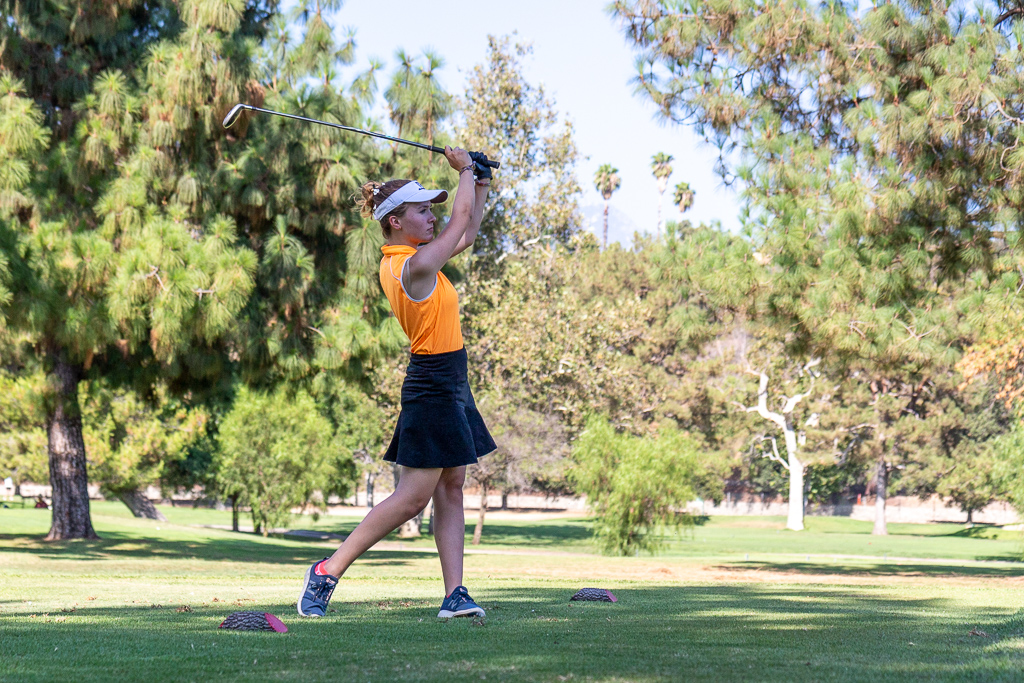 Sophomore Katherine Anthony shot a score of 46 strokes in the Tigers' loss to the Titans.

Girls’ golf suffered their first defeat of the season against rival San Marino on Tuesday, September 18. The Tigers put together a valiant effort, but could not overcome a brilliant match from the Titans, losing 192-213.

Freshman Lauren Calderon shot for 37 strokes, while junior captains Victoria Tskvitichvili and Lindsey Biggar finished with scores of 40 and 48, respectively. Freshman Maya Turun was also solid, shooting a 42 stroke game. Fellow freshman Cassy Huang completed the course with a tally of 49 and sophomore Katherine Anthony had a score of 46.

“We definitely have a lot more potential then what we saw today,” Calderon said. “Thursday is an away game at Temple City…so we’re just going to have to try our best and see how it goes.”

With the loss, the Tigers drop to 2-1 in league play, but will look to right the ship when they play against the Temple City Rams on Thursday, September 20.

Girls’ volleyball regains footing in league with victory over Blair