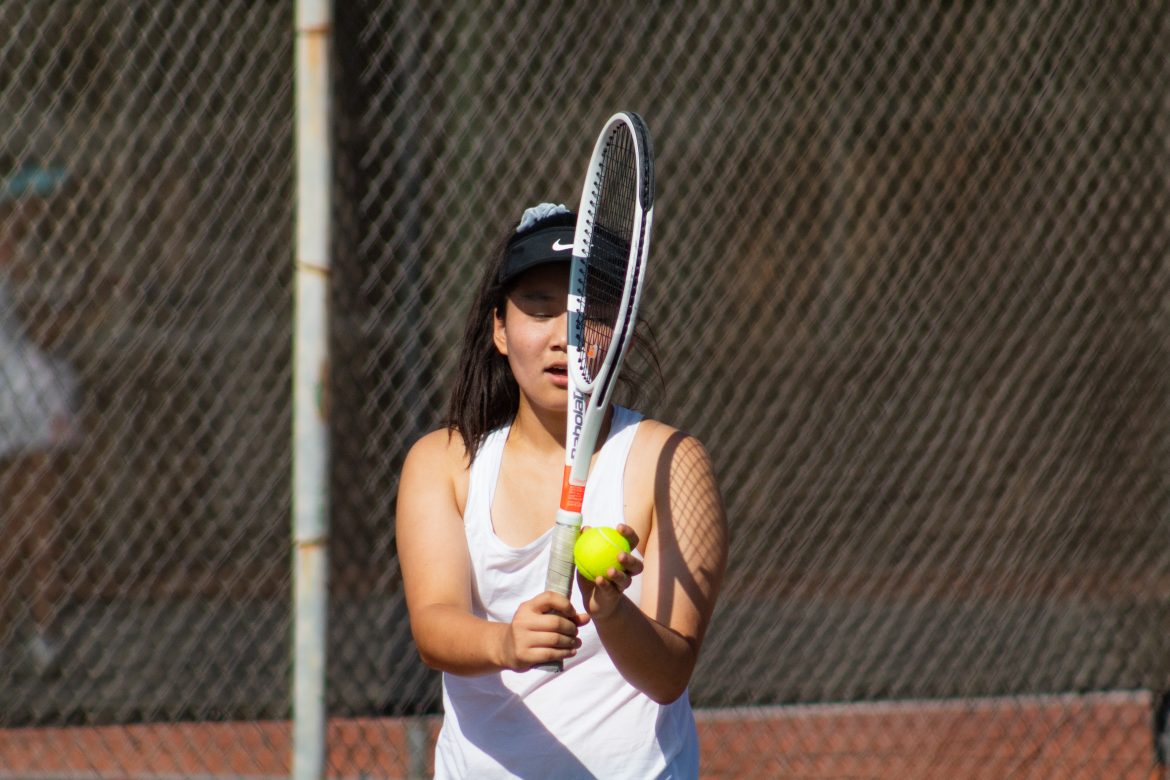 The singles team carried the Tigers to victory with a record of 6-2 in the match.

The varsity girls’ tennis team advanced in their first CIF game with a 12-6 win over Hemet on Wednesday, October 31. It is the first win for the SPHS squad in this year’s postseason competition.

The SPHS doubles squad had a tougher time overwhelming Hemet’s play, winning five sets and losing four. Junior Teryn Kum and sophomore Skylar Cornforth, doubles team one, picked up two sets 6-3 and 6-1, but could not recover in their third set, losing 6-3. After facing off in a tiebreaker, doubles team two, senior Sheila Li and senior Lena Kushigemachi could not close out their first set, losing 7-6, and later 6-3. The team shut down Hemet High in a third set, winning 6-1. Doubles team three, sophomores Kimberly Hsueh and Olivia Reed, fell short in their first set, 6-2, but later found two wins with scores of 6-4 and 6-1.

The girls’ team will play their next CIF match against Garden Grove High School on Friday, November 2 at home.