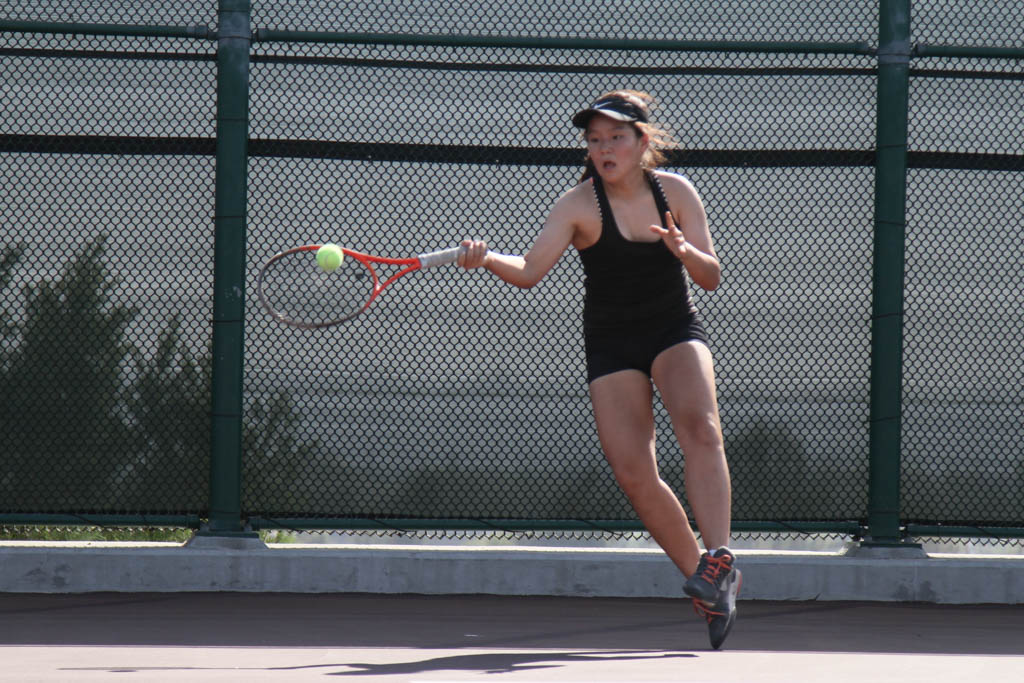 The girls’ varsity tennis team fell to Temple City 15-3 at home on Tuesday, October 4. This loss puts them at 1-2 in the league, with an overall record of 4-5.

The team is still without a coach and are working to improve their league record.

“We just have to have a good mindset and have confidence [against San Marino],” senior Jessica Chang said.

The team will face San Marino on the Titans’ home court next Thursday, October 6. The Tigers are preparing for the tough opponent, as they lost 0-18 and 1-17 to them last year.