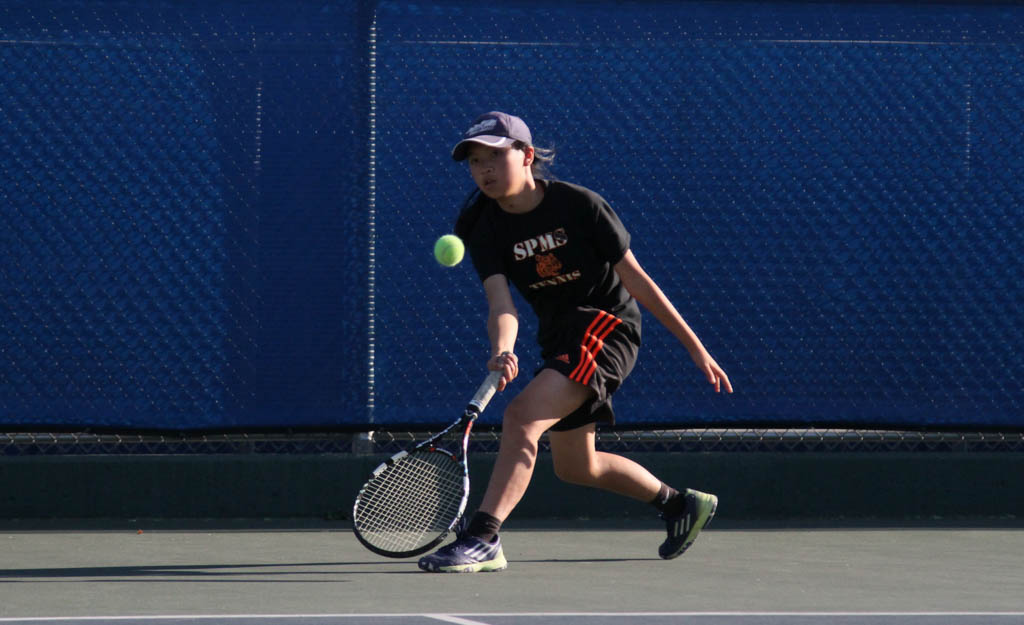 The girls’ varsity tennis team could not overcome a strong La Cañada team, losing 7-11 at home on Thursday, October 13.

The team played the Spartans earlier in the season, losing 6-12. This time around, the players were able to improve their game and gain one more win on La Cañada.

The doubles teams were successful, as they took four of the team’s seven wins. Senior Anya Nicolaides and junior Molly Round won their first match 6-1 and lost their second in a 6-7 tiebreaker. However, they were able to come back and grab a 6-2 win in their last match. Seniors Ashley Huang and Jessica Chang also won two of their games.

Each singles player was able to win a game as well, and sophomore Sheila Li secured a close victory in a 7-6 tiebreaker.

“I’ve already seen improvement in the girls in just the short amount of time I’ve been with them, so we’ll work on drills and teamwork. For the doubles we’ll work on running to the net and poaching, and the singles will work on strengthening their play,” Coach Garcia said.

The team has a week to prepare for their next game, at Temple City High School next Thursday, October 20. Previously in the season, the team lost 15-3 to the Rams, and are looking to improve their 2-4 season record and 5-7 league record in this next matchup.