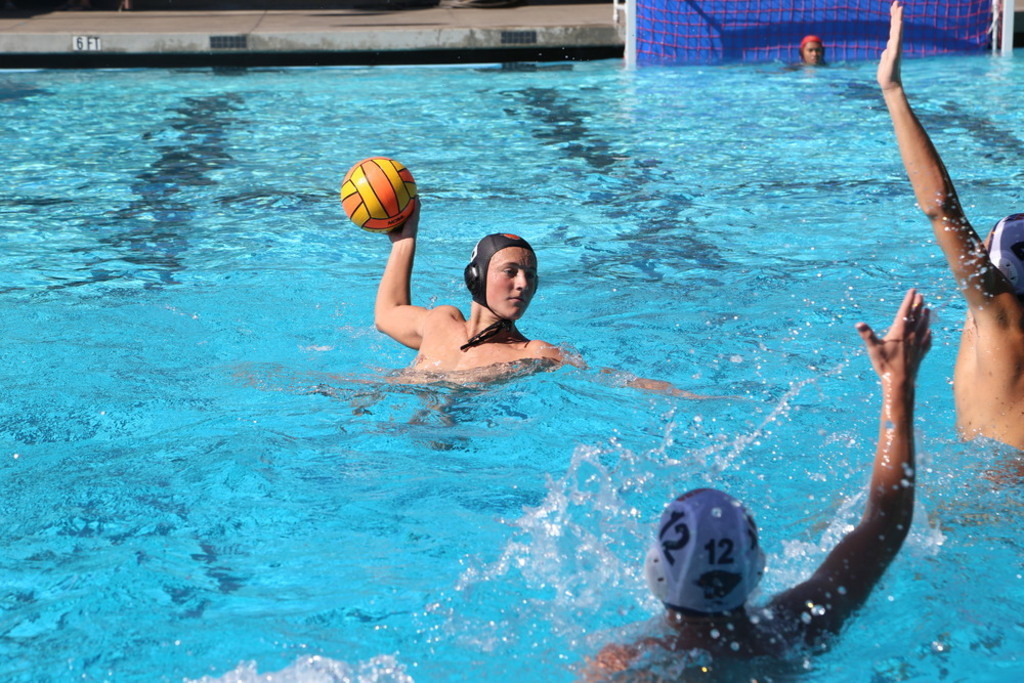 South Pas won their first league game of the season on Tuesday October 11 with a 12-4 victory over the Monrovia Wildcats. The team released the frustration of their 0-2 record by dominating an inferior Monrovia team and dropping 12 points on the road.  It was not a flashy return to the Rio Hondo spotlight, but this win does help South Pas to reestablish their position in the standings.

The Tigers lacked communication in the first quarter and did not have great ball awareness around the cage. They were able to score on goals from seniors Leo Sonner and DJ Myer, who combined for seven points throughout the game. The team settled down in the second quarter, and developed a 6-5 lead after Monrovia implemented a drop defense. They were assisted by senior goalkeeper Robbie Decker, who did a great job spoiling Monrovia possessions. Myer scored again in the second, following two goals from senior Cameron Beneitez. The boys managed to draw together their confidence on both sides of the ball, and end the first half up 5-2.

In a low scoring third quarter, South Pas was able to piece together their trademark press defense, and coax bad shots out of Monrovia.  In the heat of a defensive battle, South Pas was limited to one score from senior Nic Madrigal in the third. The fourth quarter was a huge breakout performance for the Tigers’ offense, who were able to put up six points on the Wildcats. Sonner and Myer each scored twice in the high octane fourth quarter, and were accompanied by senior Ben Schroder and sophomore Phillip Lee who each scored once.

Despite limited ball awareness, the Tigers stepped up in a must win game. Their win was the first step in entering the Rio Hondo League standings and quieting unease within the program.  South Pas is hoping to take the momentum from their win into their next home game against La Cañada on Thursday October 13, at 3:30.