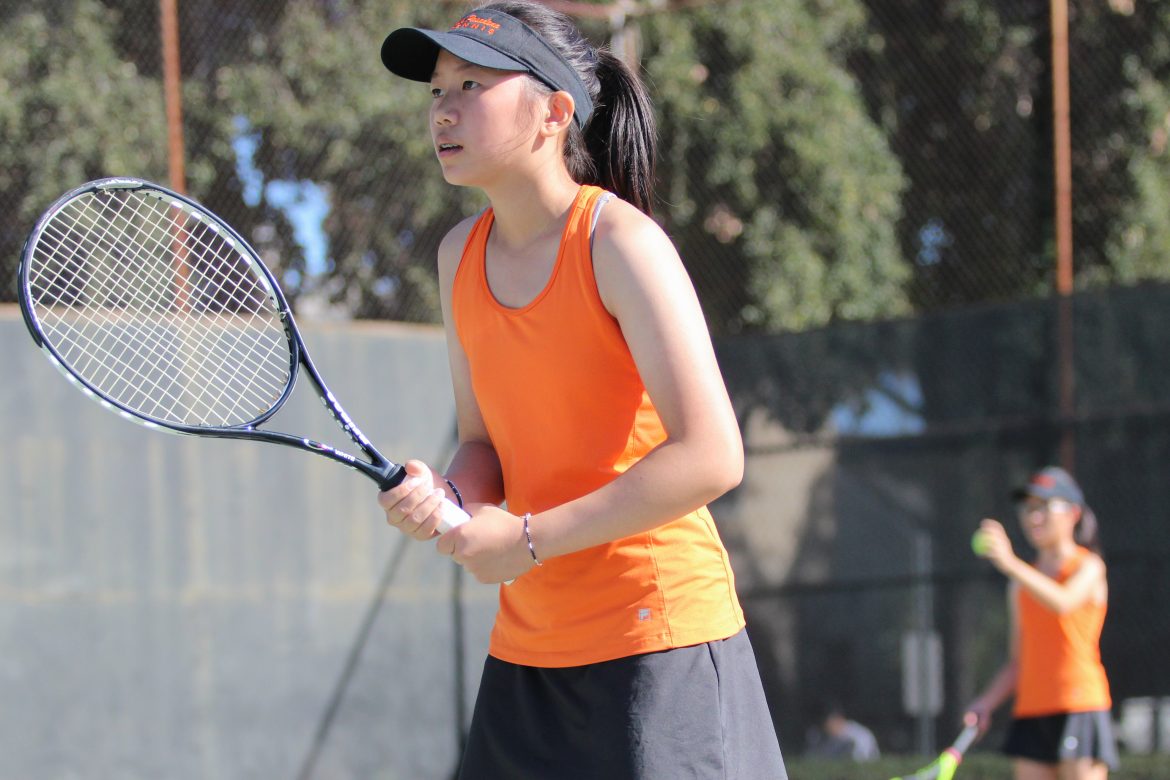 Under the guidance of first-year head coach Karina Akhmedova, girls' tennis is primed for a bounce-back 2018 season.

With a new season fast approaching, the SPHS girls’ tennis team is striving to improve their overall record of 7-7 from last season. This season, the team is starting anew with SPHS alumna Karina Akhmedova, who took over the varsity coach position midway through their preseason. Akhmedova will be the fourth coach to lead the SPHS varsity tennis program in four years. With the change of leadership and addition of young talents, the Tigers will have a chance to display their potential on the courts.

Last year, the girls started off strong in their preseason matches, only marred by a single loss to Alhambra in their final game. However, the girls lost their momentum and stumbled in the Rio Hondo League, finishing with a 2-6 record. They were able to garner two wins against Monrovia, but managed to place just fourth in league. The girls now plan to fortify their teamwork and communication to build a stronger team.

“I think as a team, we could definitely work on trying to get it further into the tournament and maybe to CIF,” says senior Shannon Huang. “Our doubles teams are the people with the greatest chemistry and with their teamwork, it is possible for them to emerge victorious against the other schools in the tournament.”

Despite the loss of the team’s valuable doubles duo, graduated seniors Ashley Sato and Sofia Tomasevic, and the sudden transition of coaches, the team is confident that Akhmedova will prepare them to face strong opponents, including San Marino and La Canada. Additionally, with experienced singles players Huang and sophomore Carissa Park, along with last year’s key doubles players junior Teryn Kum and seniors Rachel Park and Sheila Li, the girls are likely to dominate both their singles and doubles matches.

“We’re all motivated to try our best on the courts,” says previous junior captain Park. “From what I’ve heard, our new coach will be very inspiring and with a good coach, we won’t be drained out. I believe we’ll be trained and coached well enough to overpower most of our opponents.”

The team will face off against Duarte in their first preseason game on Wednesday, August 22. The Tigers defeated the Falcons 2-0 in last year’s matchup.