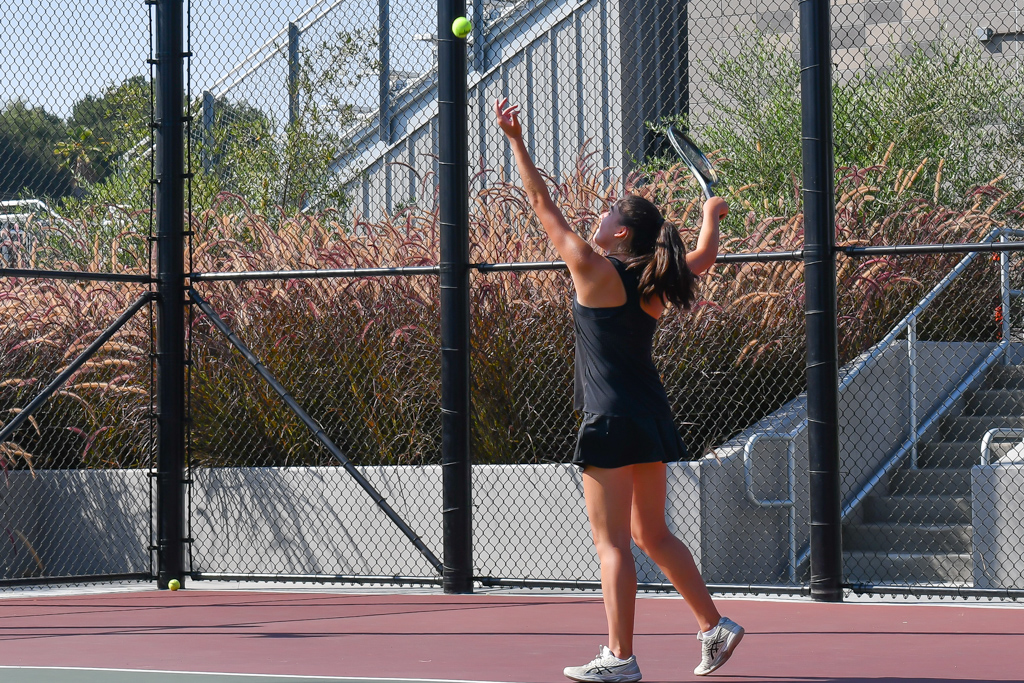 The Tigers hope to close up their season with a win against the San Marino Titans on Monday, Oct. 25.

Girls tennis settled on a 9-9 tie at its match against the Temple City Rams on Thursday, Oct. 21, putting the team at a 2-5 league record.

While the singles teams struggled to sweep the games against the Rams, they all managed to secure at least one set. Singles one, captain junior Kyra Campbell won two out of her three sets without difficulty, scoring 6-1 and 6-0.

The doubles teams fared slightly better than singles team, winning five out of their nine total sets. Doubles one, senior Stephanie Li and freshman Claire Chen, faltered in the first set, but bounced back in their last two sets, scoring 1-6, 6-1, and 6-0 respectively.

“Although we didn’t do as well as [we] hoped against Temple City we were still able to have an amazing season,” Campbell said. “[In our next game] we will have our complete team ready to play at [our final game this] season.”

The Tigers have one more match challenging the San Marino Titans on Monday, Oct. 25 before their fall season comes to a close.