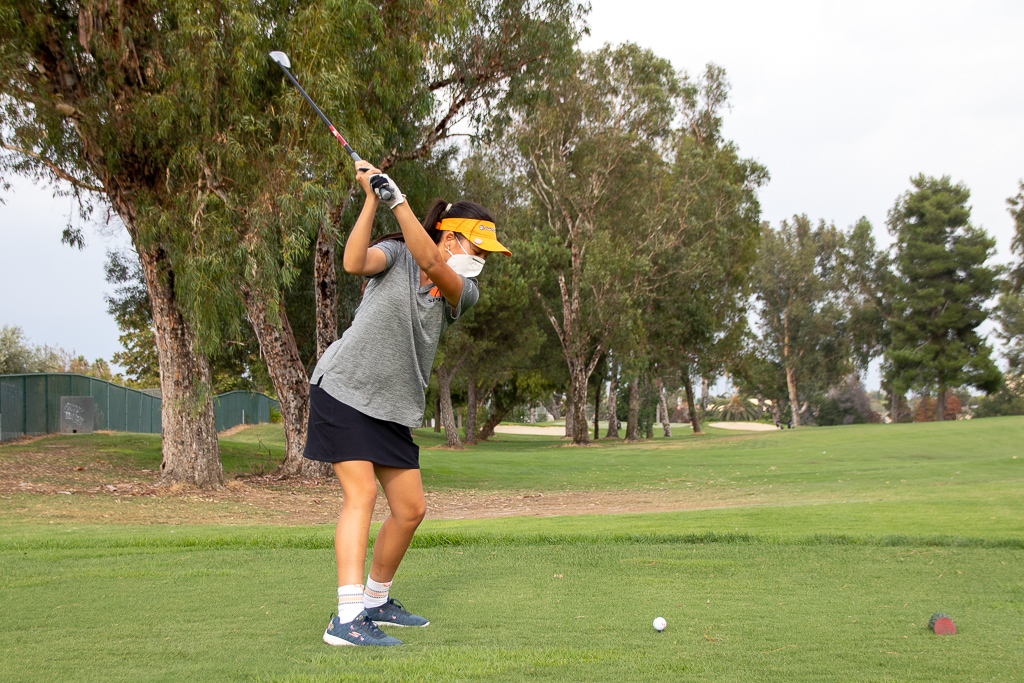 Both players look to advance further at the second round of regionals on Thursday, Nov. 4.

Senior captain Lauren Calderon and freshman Lana Yamagata competed in the first round of CIF Individual Regionals on Wednesday, Oct. 27, at Los Robles Greens. Both players advanced to the next round after placing in the top 36.

With a par of 70, Calderon shot a 72 which tied her for 20th along with three other players. Yamagata completed the course in 75 strokes, placing her in a card-off for one of the remaining spots after tying for 33rd with four other players. A score of 75 and a place in the top 36 were required in order to advance.

“I think that in general both of us are really excited to be moving forward to the next round,” Calderon said. “Personally for me it has always been one of my goals to get to state, and this seems like one step closer.”

Hoping to advance further, Calderon and Yamagata will play in the second round of CIF Individual Regionals on Thursday, Nov. 4, at River Ridge Golf Club.