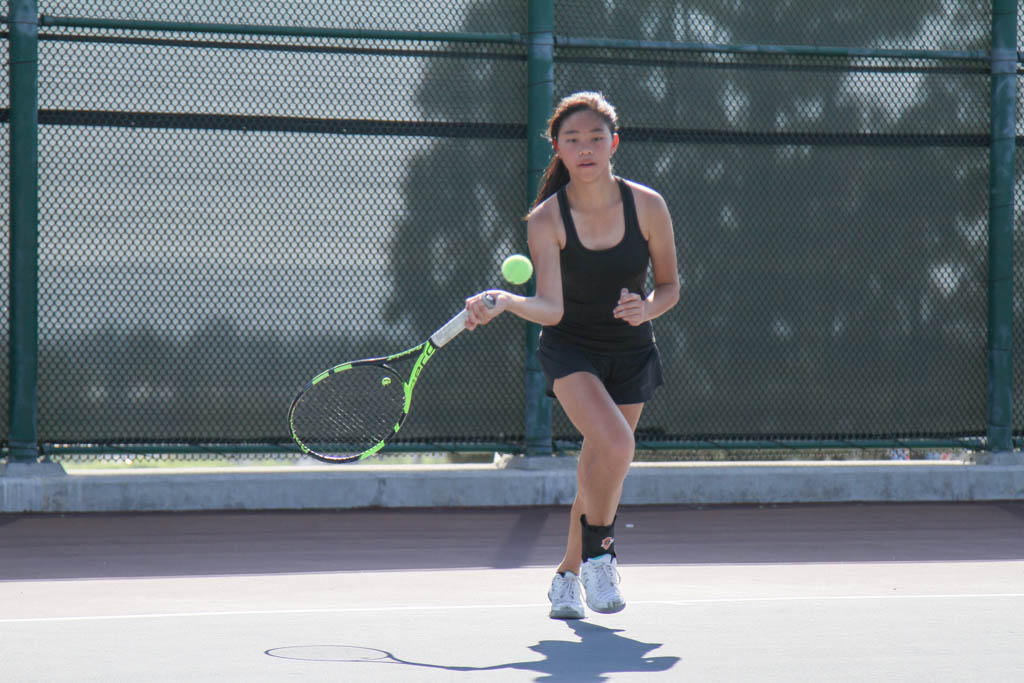 The girls’ varsity tennis team crushed the Monrovia Wildcats 18-0 in an away game on Thursday, September 22. The game showcased the team’s dominating performance with a record of 1-0 after the first game of the season.

The Tigers had full control of the match, always staying ahead of their opponents with strong hits and long rallies. Senior Anya Nicolaides and junior Molly Round never let their opponents get within striking distance, with scores of 6-1, 6-0, and 6-1. The closest the Wildcats came to a win was a 7-5 tiebreaker in doubles matches.

The singles teams were also exceptionally powerful, winning all of their matches by at least three points. Sophomores Rachel Park and Shannon Huang swept the opposition, with Park who outplayed her opponents 6-1, 6-0, 6-0.

“[For the next game] I’m going to practice and condition more throughout the week. I think our team is prepared to win” Park said.

The team plays an away game against the La Cañada Spartans on Tuesday, September 27 in their second match of the season.