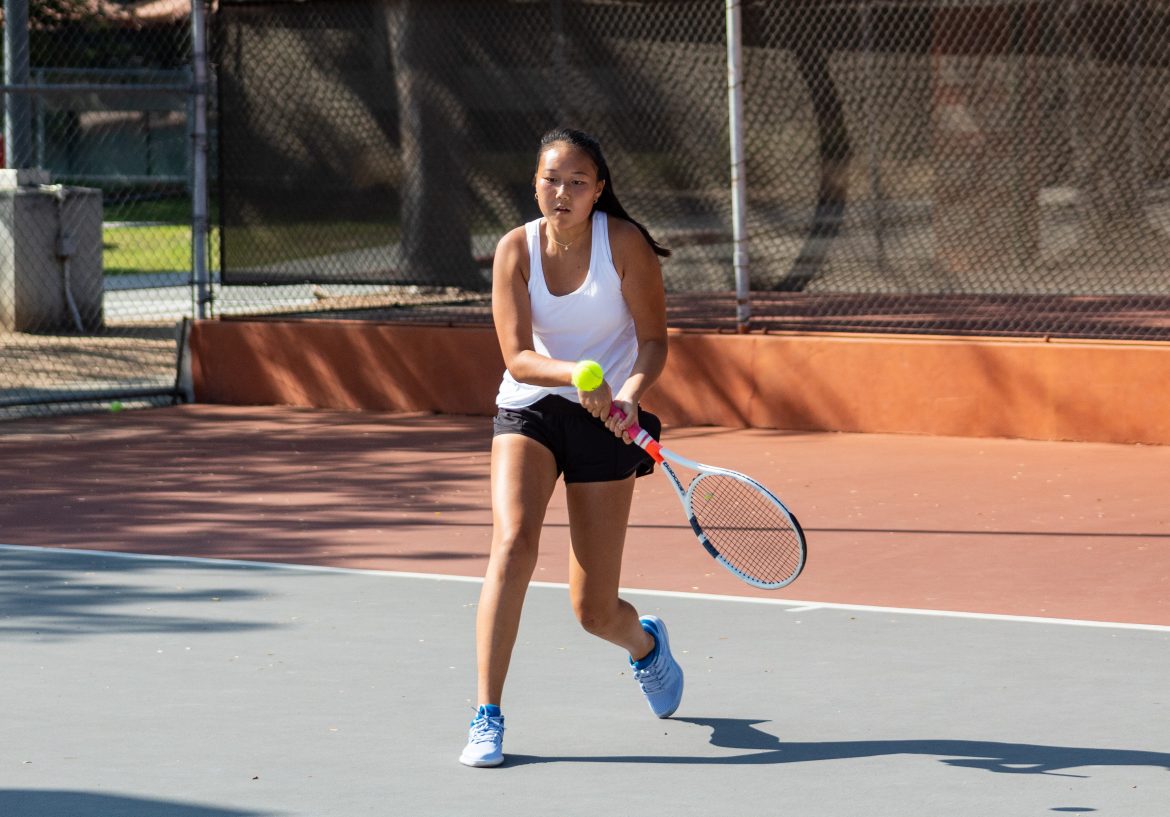 Sophomore Carissa Park was a bright spot in the Tigers' loss, winning two of her singles sets.

The SPHS girls’ tennis team ended its CIF run on Monday, November 5, with a 13-5 loss at Huntington Beach High School. The team was unable to overcome the play from Huntington Beach, getting eliminated in their quarterfinal match. The singles managed to take only four wins, while the doubles teams came away with just one win.

Singles one, senior Shannon Huang, emerged with two victories, 6-4 and 6-3, but could not retain her third set, losing 6-1. Sophomore Carissa Park, singles two, garnered two sets 6-2 and 6-0, but, like Huang, was not able to grab a win over Huntington Beach’s third singles player. Unable to gain any traction on the court, senior Rachel Park, singles three, lost three straight sets to Huntington Beach, with scores of 6-0, 6-1, and 6-2.

As the only team to pick up a set in the doubles teams, junior Teryn Kum and sophomore Skylar Cornforth, doubles team one, took a 6-4 win, but lost two additional sets 6-2 and 6-1. Doubles team two, senior Sheila Li and sophomore Lena Kushigemachi, dropped all three games. Sophomores Kimberly Hsueh and Olivia Reed, doubles team three, dropped their first set 6-2, and could not recover in their following sets, losing 6-3.