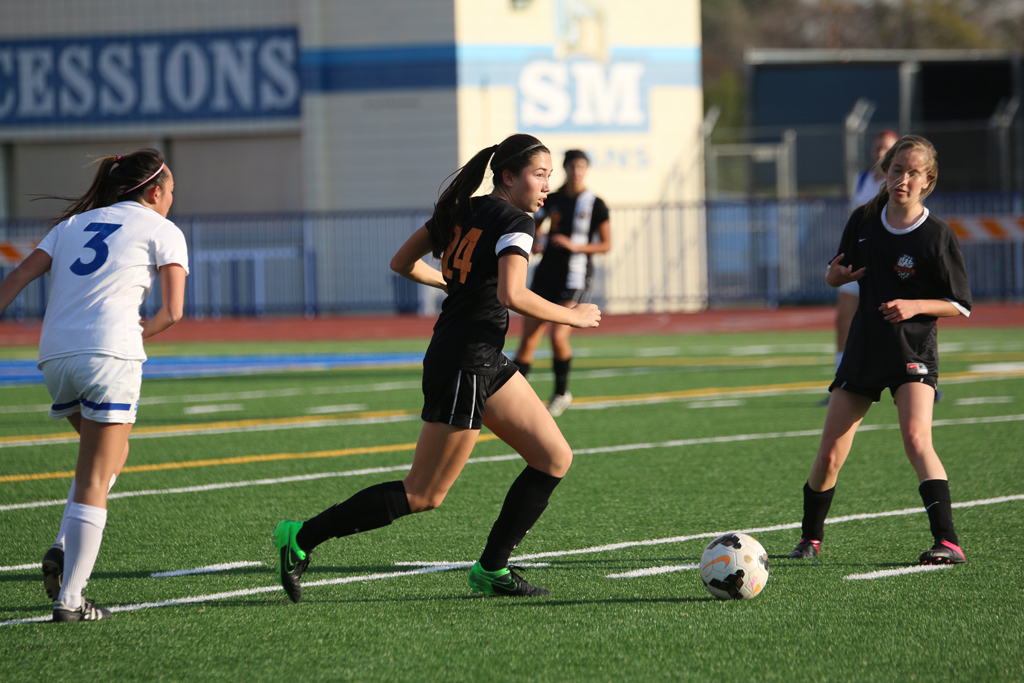 In its first match of the season, the girls’ varsity soccer team defeated the Burbank Bulldogs by a score of 1-0 on Wednesday, November 30 at home. This victory was an improvement from the previous season, when the Tigers fell to Burbank 3-1.

The first half of the game showed strong effort from both sides, as the ball was passed up and down the field with neither team being able to make much of their possessions. But midway through the first half, sophomore Jade Myer was able to take advantage of an opening from a
South Pas free kick to score the first and only goal of the game. Revitalized from the triumph, the Tigers remained offensively dominant throughout the remainder of the first half and kept the ball in Burbank territory.

Going into the second half, the Tigers were determined to not only hold onto their lead but to widen their winning margin. Senior Jayda Weeks and junior Harper Fox demonstrated their focused ball handling, effortlessly powering through Burbank defense. However, none of the shots reached their intended target as they went straight to the hands of the Bulldog’s goalkeeper or out of bounds. In turn, when the ball was in Bulldog possession, junior goalkeeper Sophie Reynolds made saves on multiple occasions that would ensure a Tiger win.

The match came to an exciting close when freshman Corey Segal took a strong yet ultimately unsuccessful shot that sped closely past the goal post.

“I would say all the work since we have put in since August is starting to show. This will be a long season, so to step off on this foot with a win obviously gives us that motivation to continue to work hard,” said head coach Victoria Lathrop. “Everything we do now until the beginning of next year is in preparation for league– our goal being to finish in the top three and secure ourselves a playoff run.”

The girls plan on setting a precedence of victory at their next home game against the Alhambra Moors on Friday, December 2.