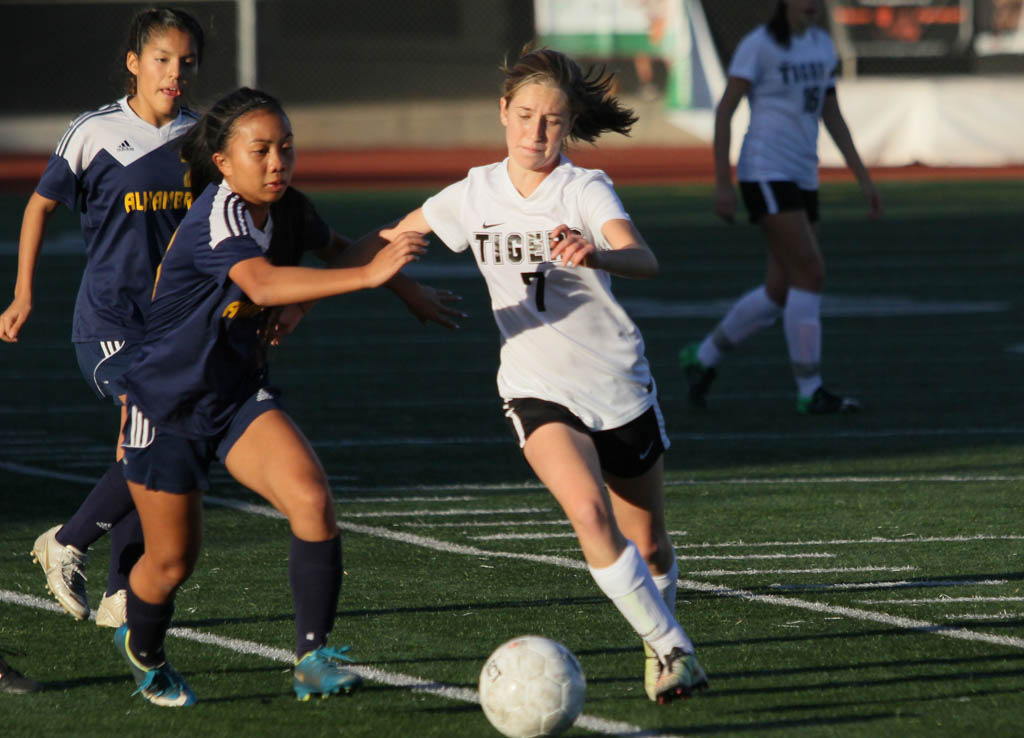 The game opened with a powerful performance from the Tigers’ offense as they swiftly infiltrated Spartan territory. Despite rainy conditions, freshman midfielder Corey Segal and sophomore midfielder Rainey Tilley were able to weave through the Schurr defense, setting up multiple scoring opportunities. None of South Pas’ shots found their mark however, as kicks from junior striker Cate Latting rolled closely past the net. When the ball strayed to Tiger terrain, South Pas’ defense showcased its expertise. Junior goalkeeper Sophie Reynolds made two impressive saves during the course of the first half, diving to catch a Spartan shot and effortlessly blocking a free kick.

The Tigers did not fare better in the second half, conceding countless turnovers. Even with strong efforts by senior striker Jayda Weeks, South Pas was unable to secure a goal. There were commanding plays on their defense’s part nonetheless; senior defender Amelia De Young foiled many Spartan plays, preserving the tie.