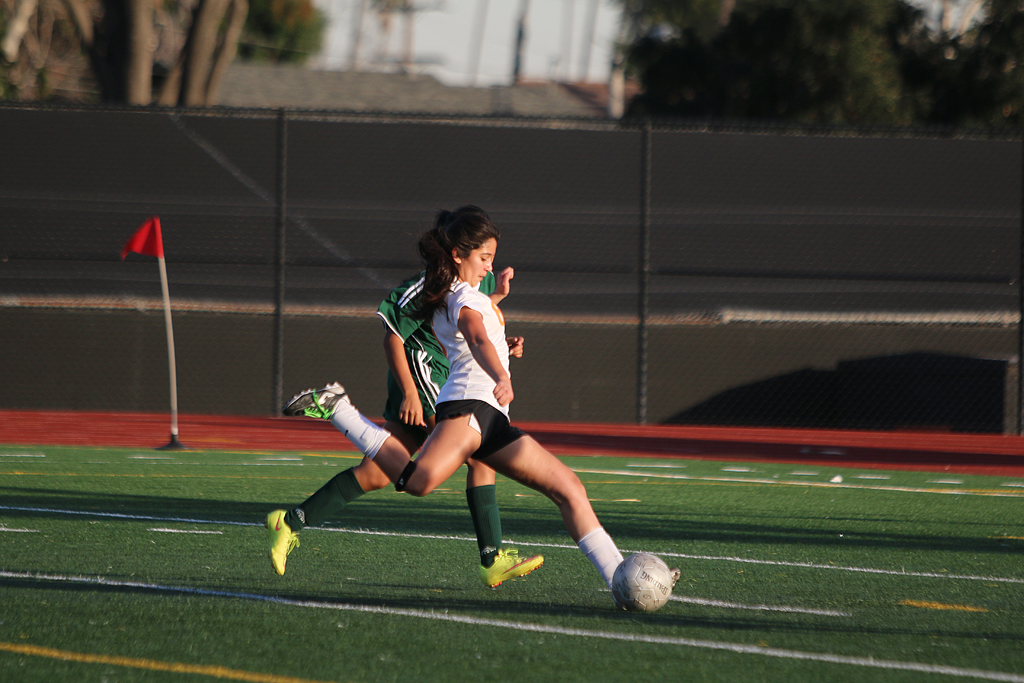 Girls’ soccer dominated the Blair High School Vikings in a shutout 11-0 game at home on Wednesday February 3. The team struggled at first to execute offensively, but gradually entered into a rhythm midway through the second half and increased its rate of goals greatly near the end of the game. The Tigers’ decisive win brings their Rio Hondo League record back above .500 to 4-3.

Sophomore midfielder Emily Dunn scored four goals throughout the game, and led the entire offense in the first half of the game. Dunn threaded a pass to sophomore forward Uma Hornish who turned the ball and to put away the first goal of the game. Dunn scored two mid-ranged shots herself to give the team a 3-0 lead by the end of the period.

The Tigers turned to sophomore defender Riley Segal to take their corner kicks in the second half after Dunn, who normally takes them, fell hard on a play and was substituted out. Segal led many of the offensive possessions with her corner kicks, connecting two passes with sophomore midfielder Isabel Blüml and scoring one of her own. Many of the Tigers contributed in the next series of goals. Hornish scored her second, sophomore forward Isabella Gonzalez scored her first, and senior midfielder Natalie Hong took the ball past several defenders to score. When Dunn entered the game once again, she scored twice more, putting the final nail in the Vikings’ coffin.

“I thought the final outcome of the game was pretty good and shows how much we’ve grown as a team,” Blüml said. “We’re able to play better together instead of as individuals and I think that we have a much better chance against the rest of the teams to go to CIF.”

The team hopes to continue its momentum and defeat La Cañada once again in its next away game on Friday, February 5.