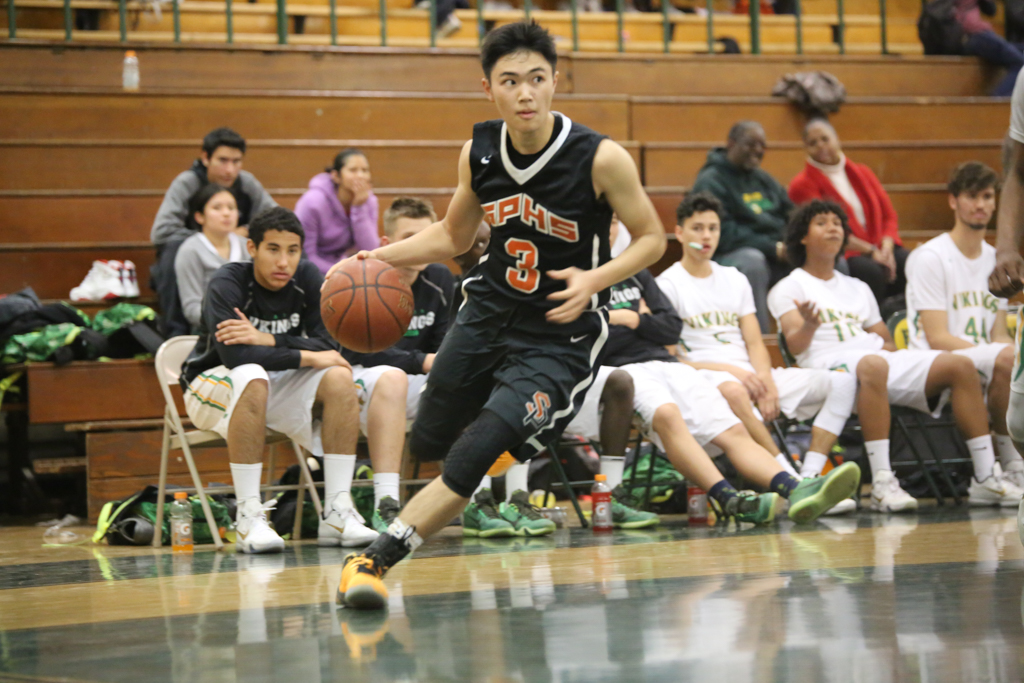 The first quarter for the Tigers started out with only eight points compared to the Vikings’ 18 points. Junior Matt Scholtz opened up for South Pas with a quick layup, followed by junior Stone Franco, who scored his first points of the night after being fouled. The Vikings came out to make a statement over the Tigers with quick offensive ball movement to counter the struggling Tiger defense inside the paint for a quarter score of 18-8 with South Pas in trouble.

South Pas returned to the second quarter determined not to be shut out by the Vikings for a second time. Scholtz recorded another layup to intensify the Tigers offense against Blair. Junior Lucas Fox sank his first three of the game along with senior Alex Nakagawa contributing five points to the scoreboard for South Pas. Now adjusted to the the Blair defense, South Pas climbed its way out of the first quarter deficit to close on the Vikings lead to 26-25 by the end of the first half.

Coming back in the third quarter, Nakagawa gave the Tigers their first lead of the night with a three pointer. Nakagawa returned back to the rack after stealing the ball on defense for an easy two point layup. Blair’s answer to the Tigers momentum resulted in lockdown defense which resulted in multiple turnovers on South Pas. After being scoreless for two minutes against the Vikings, South Pas fired back with two points from Scholtz. Nakagawa closed out the quarter with a layup to give South Pas the lead at 40-39.

Both teams were neck-and-neck returning to the fourth quarter, but it would be South Pas to mark first blood in a 6-0 scoring run against Blair. Sophomore Jaylen Park kept the Tiger offense alive with a three pointer after South Pas suffered a three minute scoring drought. The Vikings started to make up for lost points as regulation winded down, extinguishing the South Pas drives late in the fourth with quick offensive playmaking to reach the basket. As regulation time started to run down, Blair began to foul in desperation to stop the clock, which sent South Pas to the free throw line and increase their lead to a score of 58-54 before the quarter ended.

“We intensified our defense, being quicker with closing out and boxing out more often [in the second quarter] then we just came down on offense and hit big shots,” Franco said. “We just kept our composure and played our game in the end.”

The Tigers’ next matchup is scheduled at home against the La Cañada Spartans on Friday, February 3.