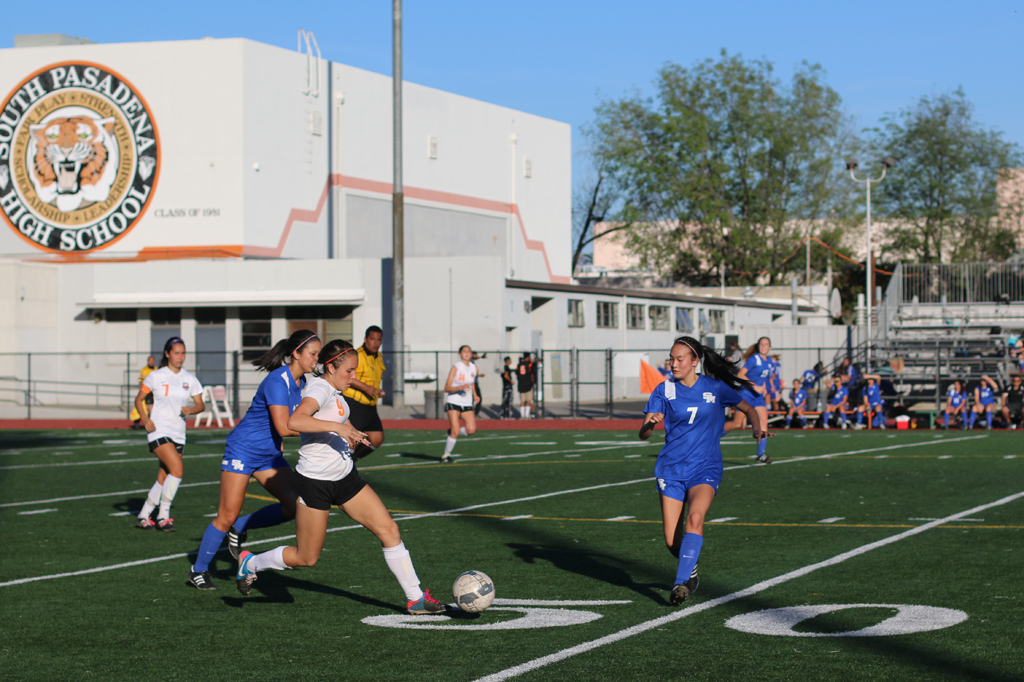 The girls’ soccer team had a rewarding end to a difficult season this Thursday night in their game against San Marino. Although they lost 1-0, the Tigers played their season’s best against the undefeated Titans.

The first half was nerve-wracking, with many goal attempts for both teams. The Tigers had a particularly close opportunity off of a free kick by senior Jackie Mejia. The shot hit the underside of the crossbar, bouncing near the goal line. The referees did not call it a goal, which prompted angry yells from the Tiger sidelines. The Titans also had a close shot by a forward, which was blocked by senior goalkeeper Maddi Kause and eventually kicked out by freshman Isabel Bluml. Kause continued to be essential the entire game, keeping the first half a shut-out.

The second half was similarly balanced. A few minutes in, a San Marino forward dribbled around several Tiger defenders and took a shot on frame. Hanif made a game-changing save by controlling the ball and kicking it up the field. The Tiger offense stepped up with a breakaway by freshmen Isabella Gonzalez and Harper Fox, but was unable to complete the attack. The game was 0-0 until a fateful breakaway by a San Marino forward sealed the fate for the Tigers. She dribbled it up the field and crossed it to a teammate, who passed around the goalkeeper and took a straight shot to the back of the net. The goal ended the game 1-0 and the season 2-1-7.

Since it was the last home game of the season, the graduating seniors were also honored with gifts, posters, and balloons. The seven senior girls include Hanif, M. Kause, Alyssa Carlos, Jenni Kause, Alyssa Acuna, Julia Primuth, and captain Jackie Mejia.

“It’s bittersweet. It’s good to see that the freshman, sophomores, and juniors are going to do well when we’re gone, but it’s sad because we could have done better for our senior year,” J. Kause said. “But, we know that we’re leaving behind a really good legacy.”