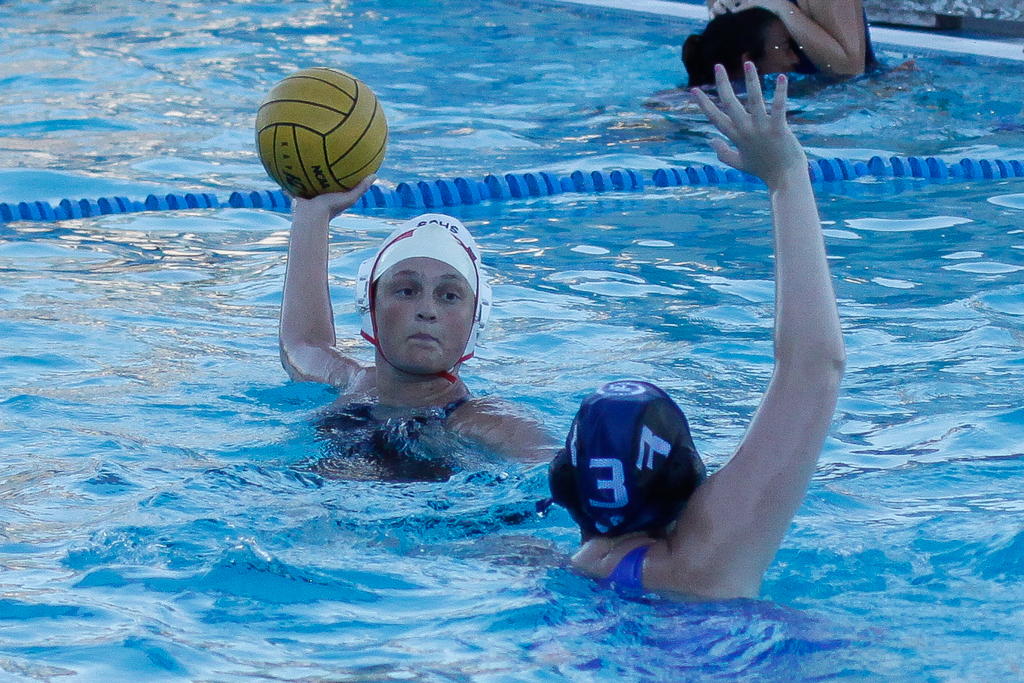 Girls’ water polo lifted its league record to 3-5 to finish the season with a 10-4 win to San Marino on Thursday afternoon.

Senior Samantha Childers started the game firing one out of the Titan goalkeeper’s reach. Senior goalie Clarque De Young kept San Marino at bay with three impressive saves before freshman Sumi Rudisky followed Childers’ lead, powering a goal in. De Young continued to hold off the Titans with another save before the quarter came to a close.

The strong first quarter was only a jumping off point for the South Pas offense, as Rudisky and Childers each scored one more goal. De Young managed three more saves before allowing in two consecutive shots as the Titans strived for a comeback. The Tiger offense was unshaken as senior Kaitlin Mason sent the ball into the cage, securing the Tiger lead and ending the quarter up 5-2.

Sophomore Skyler Ramirez took over the goal in the third quarter and racked up two saves before one ball shot past her. Rudisky powered in a goal to bring the score to 7-3.

Two more Carlson goals started the final quarter, while Rudisky added one more of her own. The Titans fired in one, but Ramirez managed four more saves, keeping up the momentum to secure the victory.

This game brings Rio Hondo play to a close for the Tigers, and while CIF is not in their future, they expect the skills they have built to translate into success in the future.

“We’ve been working together since September and have gotten to know each other so well, and we’ve all helped each other through practices and games,” sophomore Brittany Jarjour said. “We had a couple of obstacles this year we didn’t let them get the best of us. We all know we can achieve anything together.”