Girls soccer extends winning streak against St. Genevieve in second round of CIF 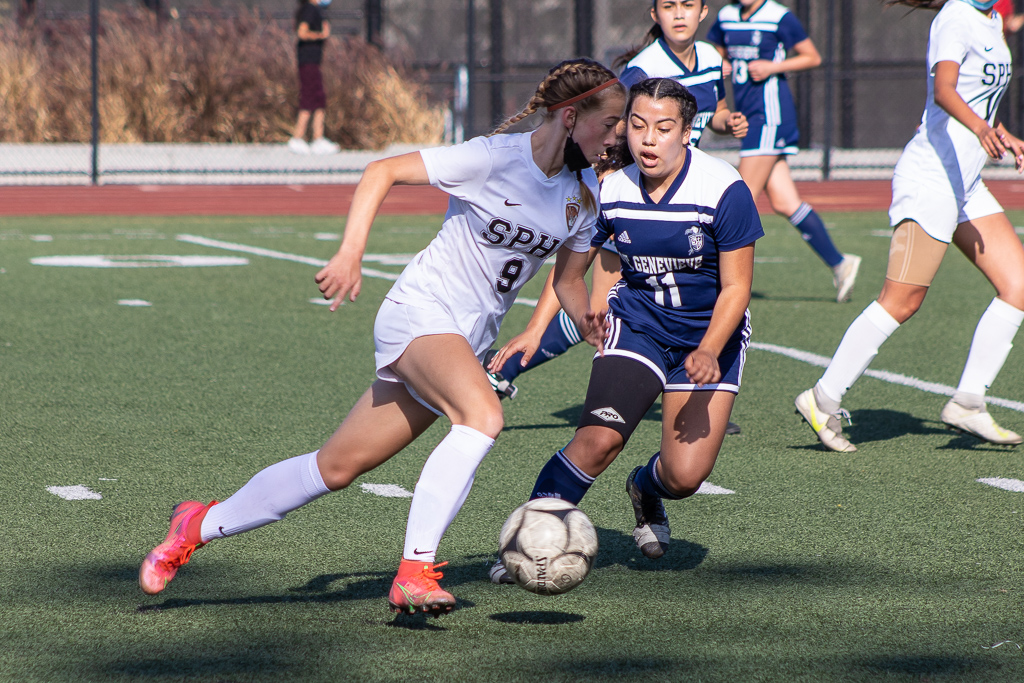 The girls soccer team will advance to the CIF quarterfinals to take on Sage Hill.

Freshman Simone Assaf had never lost a game in her young high school career, and even on the biggest stage, a second round CIF match, she wasn’t going to let that streak end.

In the 54th minute girls soccer’s match against the St. Genevieve Valiants on Friday, May 14, fellow freshman striker Iris Pollard fired a close-ranged shot that ricocheted off the keeper’s body. In the right place at the right time, Assaf cleaned it up and scored the first goal in South Pas’ eventual 2-0 victory.

“I was very proud that after all of the shots I took, one was able to get in,” Assaf said. “I am very grateful to the rest of the team… they were able to give me that opportunity to score.”

Throughout the entire season, the team has placed its focus on positivity, teamwork, and individual growth, and it’s paid off. Still undefeated on the season, with a 7-0-4 standing, the Tigers advance to the CIF Southern Section Division 5 quarterfinals.

“I feel like the team is very supportive of each other and willing to help one another,” Assaf said. “That helps us improve and perform well on the field.”

South Pas owned possession for almost the entire game, outclassing St. Genevieve with speed and resilient, never-ending pressure; the Tigers practically had more opportunities than the Valiants had successful passes.

“We were clearly the better team, but we just couldn’t finish the ball into the net, and everyone was getting so frustrated,” junior Sadie Abelson said.

In the second half, however, South Pas prevailed with Assaf’s goal, and Pollard was able to redeem herself shortly after. In the final third, Abelson laid a beautiful ball into open space to Pollard, who guided it underneath the Valiant goalie.

The Tigers are set to battle the Sage Hill Lightning in the CIF quarterfinals; date, time, and location are still undetermined.