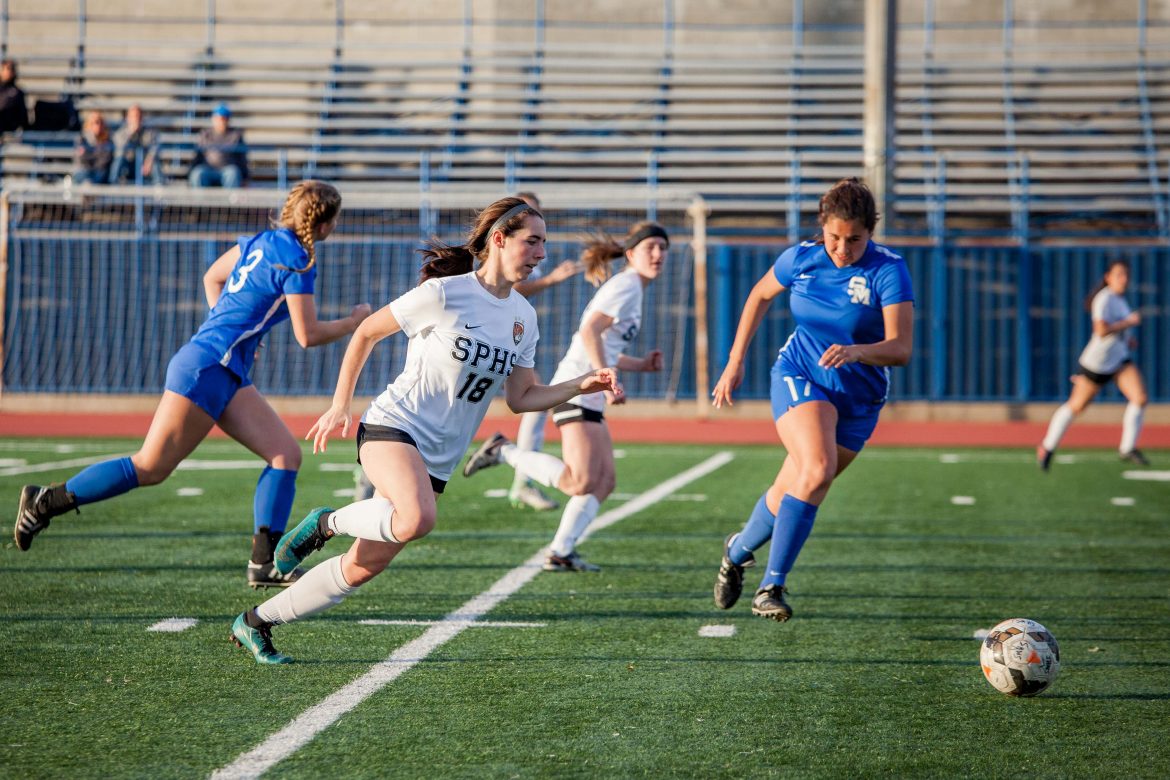 Senior Uma Hornish scored yet another goal against San Marino, bringing her season total to 16. Hornish, who has been a nightmare to opposing defenses all season long, has 12 more goals than her closest teammate.

The girls’ varsity soccer team suffered a close 2-1 loss against the rival San Marino Titans on Tuesday, January 22. Although the Tigers’ displayed technical dominance throughout the majority of the match, they scrambled in their attempt to avenge a tie-breaking goal in the final minutes. This defeat places South Pas’ Rio Hondo League season record at 3-1-1.

The Titan offense persistently attacked the South Pas backline from the sound of the first whistle. Although goalie Noemi Howland managed to save many of the goal attempts that approached her, one corner kick from San Marino managed to surpassed her in the first five minutes of the match, yielding the Titans an early lead. Following the conceded goal, the Tigers’ defensive play grew more profound. Nevertheless, South Pas’ fear of allowing an additional goal led them to keep far too many players than necessary in the backline. This was until the determined senior midfielder and star scorer Uma Hornish sprinted down to the Titan goal-box and secured the Tigers’ first point of the match, evening the score at one. The remainder of the half kept its high intensity, but neither team was able to score an additional goal.

South Pas began the second half with a series of well-executed plays that utilized the whole field. Their aggression was met with fierce competition, however, as possession was inconsistent. Senior Emma “Booch” Barrera tried to combat this chokehold, using her persistence to push against the Titan defense. Barrera was near unstoppable in her consistent ability to surpass the San Marino defense with ease and provide an exquisite attempt at goal.

As the match intensified in competition, both teams grew frustrated and continued to play with escalating aggression. In the final minutes, San Marino managed to secure a final goal, breaking the tie. Although the Tigers pushed harder offensively than ever before in the last two minutes of the game, they were not able to penetrate the Titan goalie and the game ended with a score of 2-1.
The Tigers’ are hoping to avenge the tough loss in a home match against the La Cañada Spartans on Thursday, January 24.