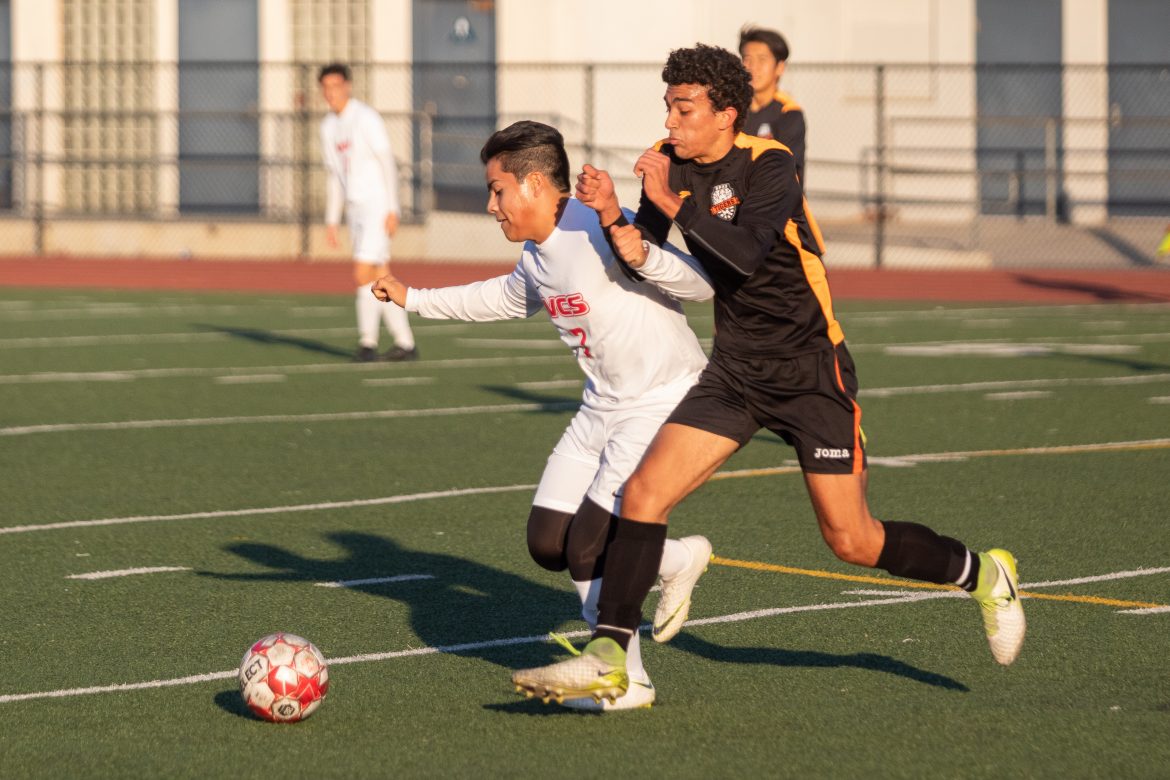 After a quiet first half, the Tigers finally pulled away with a late goal in the second.

Boys’ soccer claimed its third league victory over San Marino by a score of 1-0 on Tuesday, January 22. The Tigers’ maintained strong ball control throughout both halves, overwhelming their opponents’ offense to seal the win.

The South Pas team left a strong first impression with the commencement of the first half, pulling off their first run on the Titan goal after only a minute into play. A strong midfield presence then allowed the team to maintain ball movement around the Titan post and focus on peppering the goal. Unfortunately, most of these kicks were near misses, and the Tigers were forced to give up ground in order to accommodate for the recovering opposing defense. The boys’ team continued to fight for ball control as the half progressed, keeping the San Marino offense from any devastating attacks. Sophomores Caleb Lee and Kevin Ebata headed the Tigers’ pressure and allowed their teammates time to turn after retaking the ball. Junior Kai Endo also exhibited strong defensive play on several occasions to secure the home team’s advance. The Tigers struggled to secure their first goal, though, and their offense was unable to compensate for a number of missed shots near the end of the half. The half ended at a dry 0-0, but the South Pas team was hopeful for a goal come the second.

The Tigers started off the second half with the same dominant midfield play they exhibited in the opening half. A tight-knit formation helped South Pas through most of the half without much resistance, yet the team still struggled to score a goal. Finally, after overcoming some minor miscommunication issues with ten minutes on the clock, the home team found its lucky break when senior Addison Foord landed a crucial header and sent the ball square into the middle of the net, setting the score at 1-0. The newly energized South Pas players then cracked down on defense and shut down the Titans’ retaliatory efforts until a comeback was impossible. The match ended 1-0 in favor of the Tigers.

Now sitting at 3-3 in league, the boys’ team is scheduled to play La Cañada at home on Thursday, January 24. The Tigers look to avenge the 4-0 loss they received against the Spartans in their last match earlier this month.