Girls’ soccer dominates Gabrielino in first game of the season 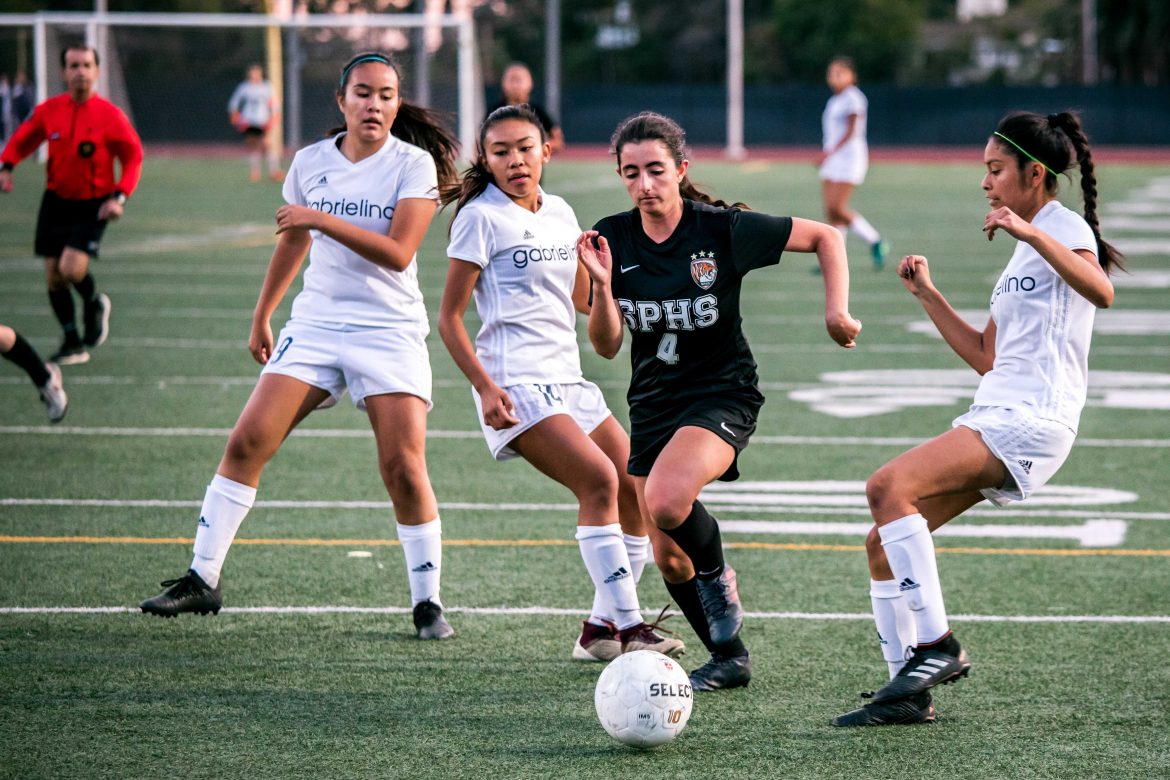 The Tigers began their quest to defend last year's title with a win at home this Tuesday.

The girls’ varsity soccer team dominated their first preseason game with a 4 -1 victory against the Gabrielino Eagles at home on Tuesday, November 27. The Tigers’ defense stood strong throughout the game, preventing the Eagles from scoring until the final two minutes.

South Pas started off the game strong with a dynamic score by senior Uma Hornish, which was assisted by junior Juanita Diaz at the beginning of the first half. As the game progressed, the Eagles offensive line started to gain ground, but was unable to successfully penetrate the strong Tiger defense. Junior Quyen Ballagh, senior AJ Bonk, and senior goalie Noemi Howland played aggressively, blocking the Eagles from potential goals. In one particular defensive stand, Howland dove towards the left side of the goal, making a spectacular save at full extension. Neither team was able to score for the remainder of the half as tensions were rising.

The Tigers offensive attack worked well in unity throughout the second half. Senior Jenna Noueihed ran plays that led to a second goal for the Tigers by Hornish, bringing them to a 2-0 lead. After the goal, South Pas was mostly able to keep the ball in their hands. Then, referee calls on the Eagles yielded Diaz two penalty kicks; the first she passed to Noueihed who proceeded to score and on the second, she scored a goal herself. As the game progressed, the Tigers kept up a strong fight but began to lose some steam towards the end. In the closing moments of the game , the Eagles were finally able to puncture South Pas’ defensive line and score a goal. The game ended in a 4-1 win for the Tigers.

The varsity team has its next preseason game at home on Thursday, November 29 against the Alhambra Bulldogs.