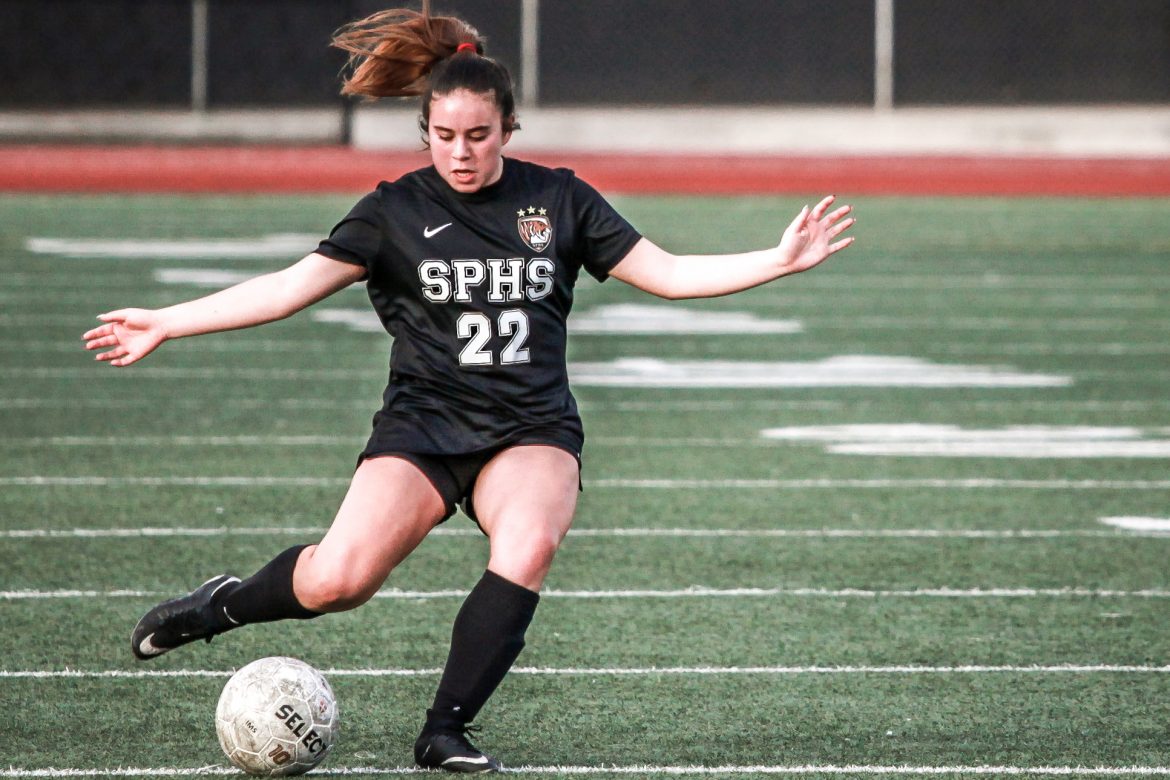 Senior Emma Barrera finished with a goal and assist in the Tigers' 3-0 victory.

The La Cañada Spartans struggled to keep up with the cooperative SPHS girls’ varsity soccer team on Thursday, January 10, as the Tigers cruised to a 3-0 home victory. This triumph keeps the Tigers on track to defend their Rio Hondo League title, as they move to 2-1 in league.

The Tigers were determined to challenge the Spartans, who have built up a fierce reputation within the Rio Hondo League. Senior midfielder Uma Hornish startled La Cañada with a well-executed play and swift goal within the first four minutes of the match, putting the Tigers in the lead early on. As the half progressed, both teams fought hard to maintain possession, but neither could manage to complete an offensive attack. Defensively, the Tigers kept strong communication on the field, appearing practically impenetrable to the Spartan attack. Senior defenders AJ Bonk and Emma “Booch” Barrera prohibited potential goals especially well, often gripping possession from the opposition. The half finished with multiple offensive fronts from the Tigers, but none were able to make it to the Spartan goalbox.

The second half began with plays that utilized the whole field as South Pas took hold of possession. When the Spartans began to fight with more aggressive intensity, the game began to grow heated. With only twenty minutes left in the game, it seemed as though no additional goals would be scored; both teams were brimming with frustration that was coming forward as aggression. Suddenly, the pace of the game changed. An excellent assist from Barrera led into an impressive goal from senior Jenna Noueihed. About thirty seconds following the score, Barrera sprinted down the field and scored herself, increasing the Tigers’ to three.

“Start to finish this was a great team match. I’m really proud of the way they played. That’s the type of soccer I wanted to see in the weeks we have left,” said head-coach Victoria Lathrop, “I think a big part of it is just how we switched our formation up, I think we’re starting to overload teams and catch them off guard. I think if we can stay consistent and stay healthy there’s no reason why we can’t contend for that title again.”

The Tigers are hoping to bring the momentum from this win into their road game against Monrovia on Friday, January 18.