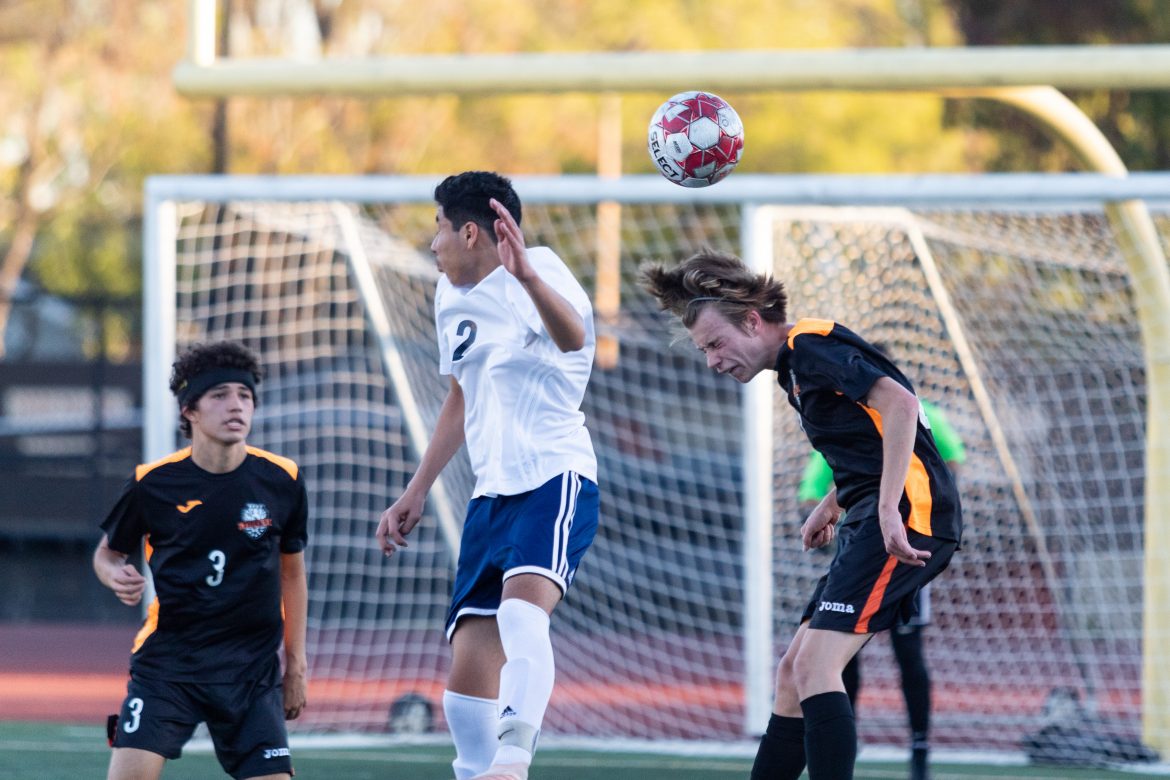 The Tiger offense struggled without leading scorer sophomore Reo Synder, who was out with an injury.

Boys’ Soccer fell against La Cañada 4-0 in its third league match on Friday, January 11. The Tiger offense was strained by a tightly knit Spartan formation and struggled to maintain ball movement for the majority of the match.

Hopes for an early South Pas lead were almost immediately shot down, as the La Cañada strikers made a successful run on the visiting goal post and scored only two minutes into the first half. As the half progressed, the South Pas team found difficulty in challenging goal kicks and throw-ins against the agile Spartans. Senior goalkeeper Ryan Wong pulled off numerous saves throughout the half, which gave the team time to push away from their goal box and into safer territory. Senior defender Jett Donlevy and sophomore defender Porter Calva also valiantly held off the enemy attackers, applying guarding pressure that forced their opponents into uncomfortable positions. Even so, both offensives seemed to be at a stalemate. Finally, with ten minutes left in the half, the Tiger defense crumbled and gave their opponents a fruitful second assault on the goalpost. The half ended 2-0, indicating that the visitors would require a significant change in strategy to salvage the match.

The early and middle portions of the second half were marked by similar misfortune for the South Pas team. The Tigers began incorporating more aggressive tactics to try and gain control of the ball, but this change proved ineffective against the unshakeable opposing defense. South Pas’ desperation resulted in riskier and increasingly hostile plays, which eventually gave way to opponent penalty kicks, yellow cards, and one near-physical conflict between a Spartan striker and Tiger defender. With ten minutes left on the clock, the visiting offense appeared to finally gain some ground, but it was too little too late. The half concluded with La Cañada scoring two more goals, leaving the final score at 4-0.

The Tigers were without the playmaking talents of sophomore midfielder Reo Snyder this match, which perhaps contributed to the underwhelming performance of the South Pas offense against the skilled Spartan defense. Snyder, a crucial component of the Tigers’ midfield presence, is credited with a large number of the team’s goals since the beginning of the season.

The boys’ team will go on to face Blair at home on Tuesday, January 15. Prospects for a Tiger win in the match seem likely, as their next opponents have an overall performance of 1-9 in the season and 0-3 in league play.