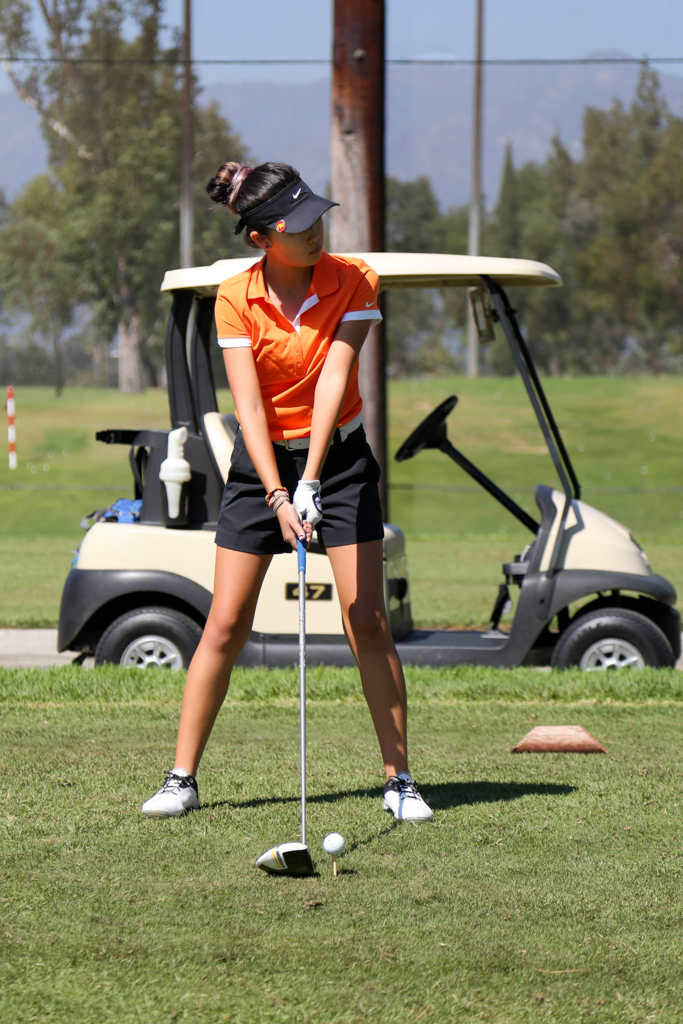 The varsity girls’ golf team, though coming from a tough elimination in individual CIF, is anything but discouraged. After playing their last match in CIF Southern Section Individual Finals on Monday, October 26, the girls will try to move forward and assert their dominance in Team CIF on November 2.

As league came to end on Thursday, October 15, CIF playoffs began on Tuesday, October 20. The Tigers succeeded in rounds one and two. Co-captain junior Caitlyn Yamashita, sophomore Bethany Chen, junior Emily Swanson, sophomore Nicole Srisutham, and junior Clara Wong advanced to the second round, with scores of 40, 41, 47, 48, and 52, respectively.

Yamashita, Chen, and Swanson all qualified to play on Monday, October 26 for the individual CIF competition with their round two scores of 77, 90, 93, respectively. Unfortunately, they were eliminated from individual CIF. However, the Tigers still have a chance to clinch the CIF-Southern Section Central Division Championship.

“I was really excited when Emily and Bethany both shot qualifying scores to advance to Individual CIF. As for Team CIF, I’m not expecting anything too extreme,” Yamashita said. “The girls and I should take Monday as a learning experience to play with people whom we have never met before and just have a great time.”

The team before league looked young and inexperienced with no set roster or starting five. However, Coach Goto maintained confidence in his girls, and was able to turn their season around and help them bring home another league championship.

During the season, the girls consistently won, excepting the crushing loss to Gabrielino High School on September 24, which shattered the eight year undefeated streak in league. However, the Tigers still finished first in the Monteview league with a record of 7-1 in league and 9-1 overall play.

“The whole team did really well at our league matches as five team members made it into league finals. At Team CIF, we’re just going to have fun and enjoy the experience rather than focus on the outcome,” co-captain senior Christine Abbott said.

Achieving Without an Audience