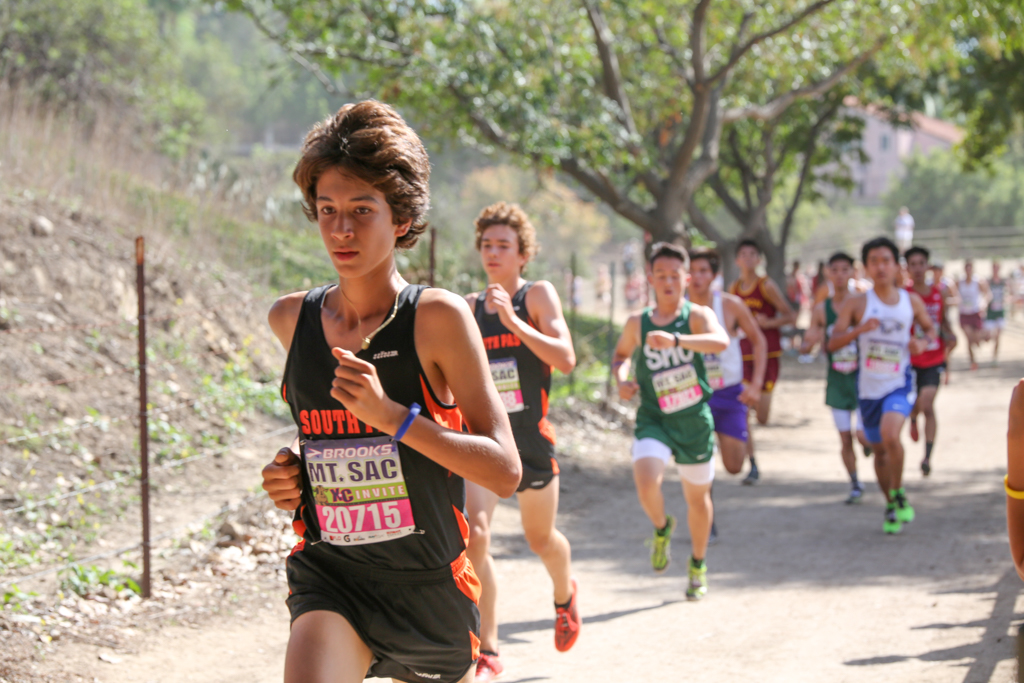 Boys and girls’ varsity cross country is gearing up for the Rio Hondo league finals, where they hope to earn championship titles.

“I think our performance at Mt. SAC really showcases the depth of improvement we have undergone,” Press-Reynolds said. “Our team time on the course—which improved by over four minutes since last year—indicates that we will not only excel at league finals, but that we have a great shot at making it to CIF Finals.”

So far, the teams have clashed twice with league rivals at La Crescenta Valley Park. The boys have consistently shown their dominance, placing first over their closest opponent San Marino by wide margins of 25 and 27 points in League I and II, respectively.

The girls have shown steady improvement, narrowing the gap between themselves and La Cañada each time the teams are pitted against one another. In the first league meet, the Spartans defeated the Tigers by 19 points. This lead had decreased to a mere seven points by the second league meet.

“We have the potential to beat them, but in order for that to happen we all have to step it up, and get our fourth, fifth, sixth and seventh runners in front of more La Cañada runners,” girls’ team captain senior Maaike Wielenga said.
Looking past RHL finals, CIF looms ahead. The top three teams and top ten individuals of each varsity race will have the opportunity to go on
to CIF.

“I see every team continuing its current success with first place titles in four of our divisions and both our varsity teams making it to CIF Prelims,” boys’ team captain senior Amador Lagunas said. “As a whole, the season has been incredible. We have a lot of potential throughout the team and with hard work, we’ve been able to prove tremendously this season.”

League finals will be on November 5 at Lacy Park, with CIF Prelims on November 14 at Mount SAC.