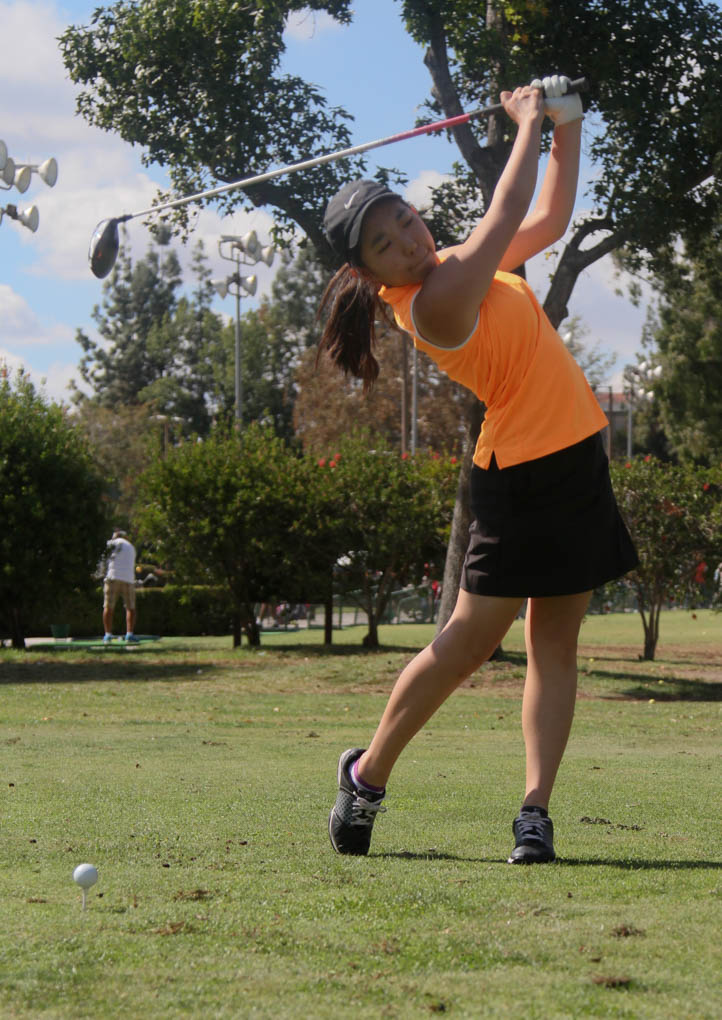 Individual play for the varsity girls’ golf season came to an end in league prelims on Monday, October 17 and Tuesday, October 18. However, senior co-captain Caitlyn Yamashita will advance to the next round to compete for the CIF title individually.

Prelims were spread over two days on the particularly challenging Marshall Golf Course in La Verne. All that made the 50 stroke cut-off the first day advanced to the second day of prelims.

Yamashida was the frontrunner throughout the tournament with one over par at a 36 the first day and an 80 the second which solidified her place as the MVP in the Montview league. Freshman Victoria Tsyviti was in the top seven, making first team selection with a 43 and a 92. Senior Nicole Srisutham placed eighth with impressive scores of 47 and 91 strokes and senior co-captain Emily Swanson earned ninth playing with consistent strokes of 45 and a 96.

Freshman Lindsay Biggar shot a 50 the first day of prelims while senior Clara Wong came in with a 56, but the two did not advance to the second round. Junior Bethany Chen made the 50 stroke cut off with a 46 but chose not to compete in the second day of competition.

Yamashita will compete in the next round on Monday, October 24 at River Ridge Golf Club in Oxnard.

“We had a very strong team this year. We broke our previous team score record twice this season. Our underclassmen, Chen and Tsyviti, shot some very low scores.  Swanson, Wong, and Srisutham played steady in every match. I am so proud that we all came together to win the the Montview League Championship once again.” Yamashida said.