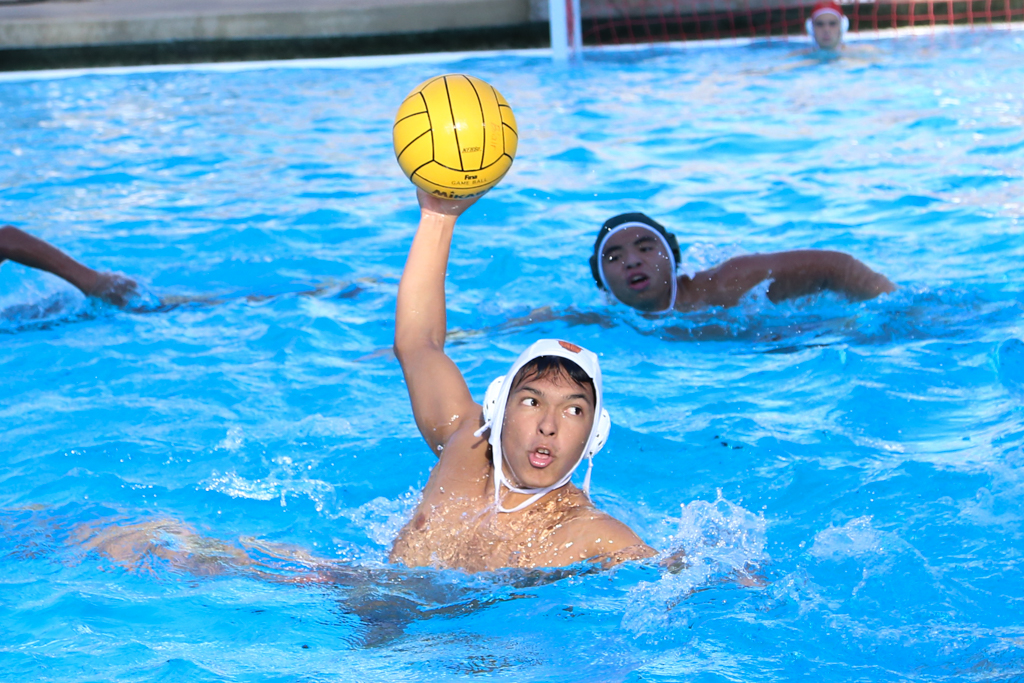 In the midst of a disappointing start to the season, boys’ water polo renewed their confidence with an impressive 19-3 win over the Blair Vikings. The team’s offense pummeled Blair on the fast break, and reestablished their identity after last weeks’ stagnant performance against La Canada. The victory draws South Pas’ record to 2-3, and gives them momentum heading into the second half of the season.

Sophomore Philip Lee opened scoring early in the first quarter, taking a pass over center cage, and lacing it in the top right corner to give South Pas a 1-0 lead.  The remainder of the first quarter was a highlight reel for senior Leo Sonner, who demoralized Blair’s defense with five points. Sonner was frequently breaking away from defenders and picking apart Blair’s helpless goalie.

South Pas continued to methodically dismantle the Vikings in the second half. Sonner put on another show in the second quarter, scoring five more times before half. Blair still had no response for South Pas’ counter attack, which continued to consume the Vikings’ defense.  Asides from Sonner, the Tigers were able to feed the ball to senior Spencer Gurley, who scored unguarded, to give South Pas a 12-3 lead.

Sophomore Eamonn Gibson started in the cage Thursday, in place of senior Robbie Decker, who has been out with a groin injury.  Gibson showcased good awareness and decision making around the goal, in addition to throwing well on the counter attack. Most notably, the sophomore was able to hit senior Ben Schroder spot-on, and allow him to score in stride. Senior Cameron Benitez capped off scoring in the first half by batting the ball into the goal on a lob from Lee.

South Pas’ high powered offense restrained itself after going up 15-3 in the first half. Scoring in the second half was powered by freshman Evan Kowal and juniors Andres Limon and Owen Carson, who each scored once in the third quarter. Senior Nic Madrigal scored the Tigers; lone goal in the fourth quarter on a miraculous goal over the heads of two Viking defenders.

Sonner had a career day with ten points on the Vikings. The rest of the team put together a strong group effort, allowing for eight different players to score. Benitez scored twice, and was followed by Lee, Madrigal, Gurley, Limon, Carlson, and Kowal, who each scored once.

The victory allowed South Pas to consolidate after a taxing series of games at the beginning of the season. Although it was just one win, it seemed to have a larger impact on the spirit of the water polo program. Unlike previous games, the team was able to laugh and enjoy playing as a group.

The Tigers will prepare to play San Marino on Thursday, October 20, and avenge the season opening loss they suffered to their rivals earlier in the season.