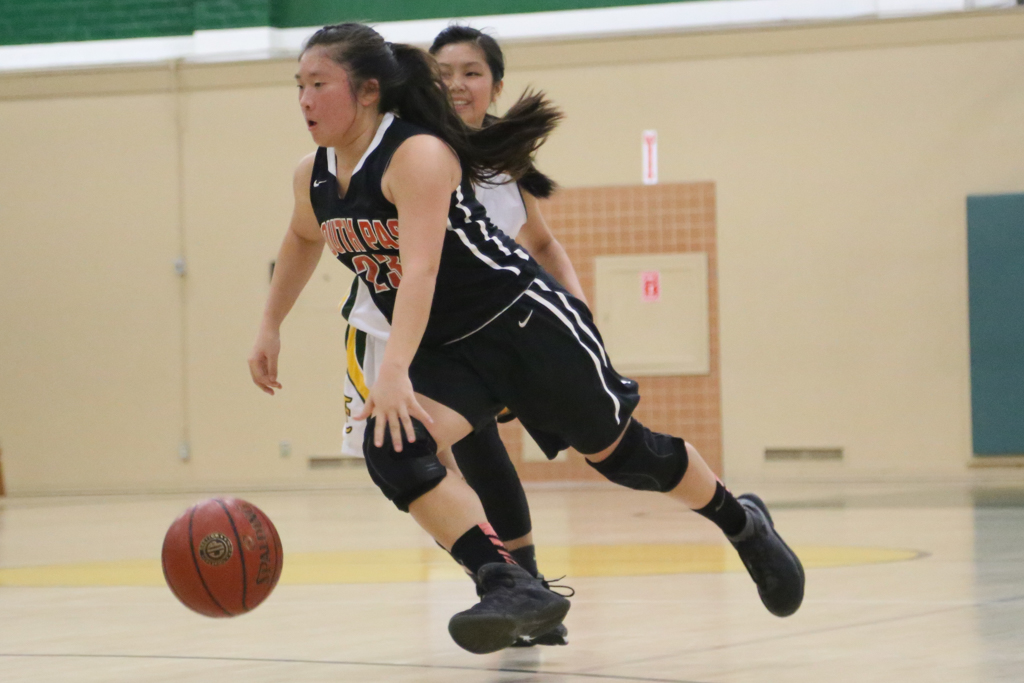 The girls’ basketball team reigned victorious over Temple City by a score of 48-39 in an away matchup on Friday, February 3. Though the Tigers won, the Rams came close to catching up at several points throughout the game but were ultimately unsuccessful in overtaking South Pas. This victory puts the girls’ league record 6-1 and overall record at 12-8, allowing them to retain second place in Rio Hondo.

South Pas quickly earned the primary points of the first quarter off of three pointers from senior captains Jade Lin and Juliana Tom. However, Temple City soon retaliated with a three of its own. Neither team would find the basket often during the quarter, with several shots not falling and high-pressure defense from both sides.

The second quarter proved more successful pointwise, and the Tigers soon distanced themselves with a narrow lead. Senior captain Jalynne Li was a key asset on defense, putting relentless pressure on the Ram offense and earning a few steals as well. Despite a narrow lead, the Tigers still dominated the court. Of the 28 points scored by the girls in the first half, 21 were three pointers. In addition to Tom, junior Naomi Kruzic sank two consecutively. Junior captain Tiffany Holmes was also a huge factor for the Tigers; on defense, she blocked several shots and passes, and also made a couple baskets on offense. After a missed Temple City shot, the half ended at 28-23.

Julianna Tom scores in the paint against Temple City.

The Rams entered the third quarter with possession of the ball, but were unable to get a shot off as they could not break through the South Pas defense. Tom continued to drive to the basket, and hit a couple threes as well. However, she found herself blocked on multiple occasions as she pushed through a wall of defenders. After a Temple City three, South Pas clung to a meager one point lead at 33-32. When the Tigers tried to distance themselves, the Rams again caught up to put the score at 35-34. Under the growing pressure, Tom made two free throws to give South Pas a wider gap before the quarter ended at 37-34.

Li continued to provide solid, feisty defense, making swipes at the opposing players. The Tigers continued to pressure the Temple City defense and often found opportunities that did not always come to fruition. Many shots did not fall, and Temple City garnered most of those rebounds. However, the opposing team struggled to score, too, which allowed South Pas to remain in front. Tom was the team’s most dominant offensive force, driving to the basket and creating chances for teammates. Lin sank a three as well, earning the second to last points of the game. Holmes followed this with a free throw, and neither team could make a basket as the time dwindled down. Holmes stole the ball from a dribbling Ram before the game finished at 48-39.

“We started the game off strong, but we couldn’t keep it up the whole game. It was not our best game by far,” Tom said. “Temple City came to play tonight and we were caught a little off guard, but were able to come together to pull out the win.”

The Tigers next face off against San Marino on the road on Tuesday, February 7, where they look to garner another league win. South Pas beat the Titans in the two teams’ previous matchup.