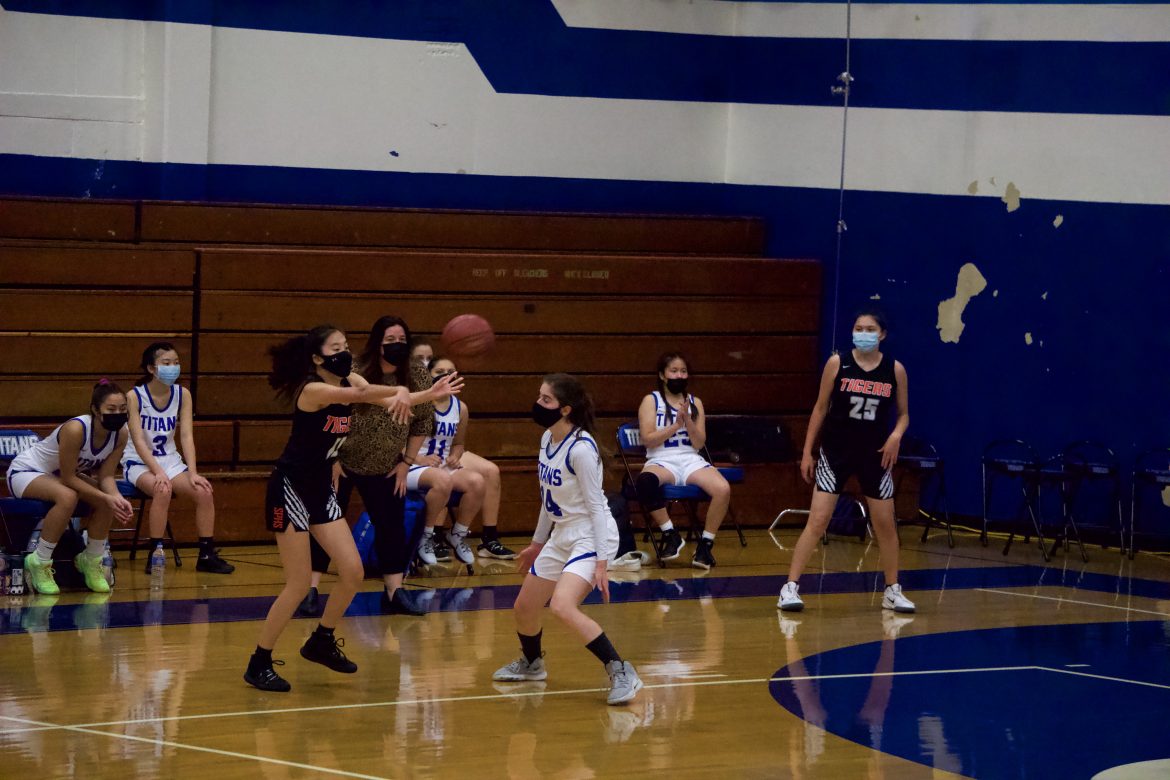 With this win the Tigers maintain their 4-0 record in the Rio Hondo League.

If there was a vote for the most exciting girls basketball game of the season, Wednesday’s clash against the Monrovia Wildcats wouldn’t even make it onto the ballot.

In a 67-24 victory on May 5, South Pas competed in a sluggish game with probably more whistles and timeouts than field goals made.

“It feels amazing!” junior forward Allysan Tse said. “I think games like this give us more confidence and we realize how much we can accomplish when we work together.”

While the Tigers have won their last five games by a slight 3.4 point margin, this blowout was change of pace in South Pas’ recent seven-game winning streak, and provided the team with a moment before heading into the tougher, final portion of the season; South Pas will play St. Paul (CIF Southern Section Division I) and La Cañada (six-time RHL reigning champs) next week.

However, in the beginning of Wednesday’s game, the Tigers struggled to put in the work. South Pas easily outclassed Monrovia in speed and skill, but played a sloppy first frame to only gain a 14-6 lead.

But the Tigers would soon clean their play up: Terrific ball movement opened the floodgates, allowing them to outscore the Wildcats by 11 points in the second. In the third and fourth quarters, those gates continued to widen in dominating fashion.

With the ball flying around and the net constantly snapping, that second half showcased girls basketball’s versatility. The team has stars, like sisters Allysan and Dylan Tse, who can take over any given game, as well as a deep supporting cast that can hold its own — almost every Tiger on the roster contributed to the final tally of 67 points.

“We have this bond of wanting our teammates to do well. There are so many moments where instead of [someone] taking a shot, they would pass the ball to another player so they can get their moments too,” senior guard Michelle Jee said. “We already have the skills and mindset of wanting to win, so all we had to do was encourage each other… If one player falls down, the entire team will come and pick that person up, and in doing so, we’ve been able to have a great season and get super tight as a team.”

On Friday, May 7, the Tigers will host the San Marino Titans, who they smashed by 40 points this past April. In the first of a three-game league homestand, South Pas looks to extend its winning streak to eight games.

“We feel really confident about our second half of the season, especially since we have a good number of home games,” Chan said. “I think support from our crowd brings up the energy during the games… Our confidence is definitely up.”