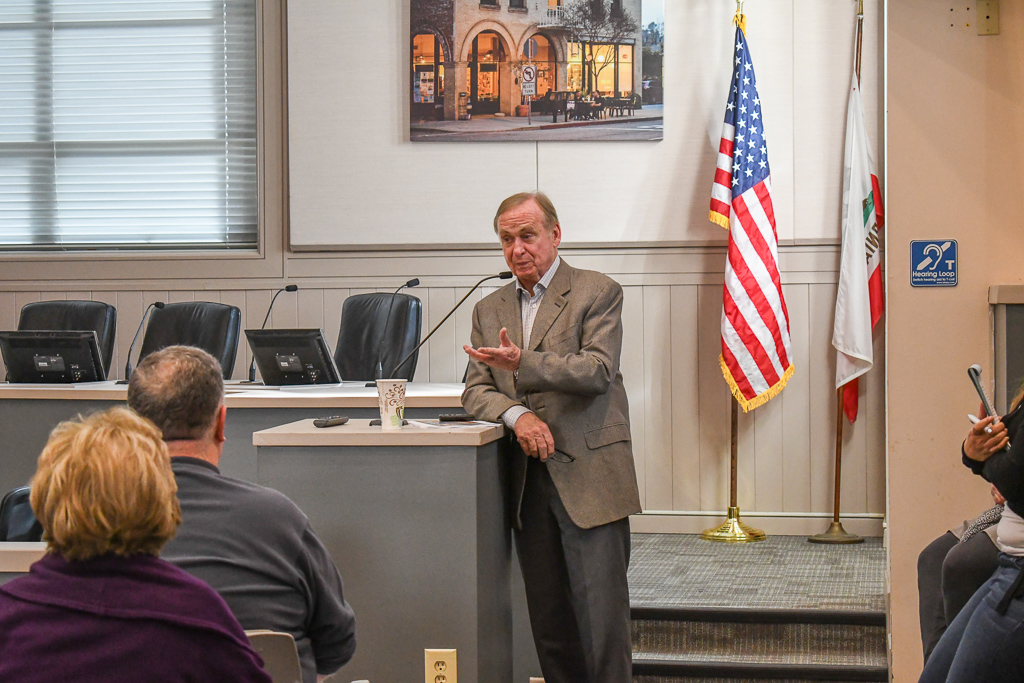 South Pasadena city planners congregated in the City Council chambers, updating residents on changes made to the 2017 General Plan, on Tuesday, Jan. 28 and Saturday, Feb. 1. The General Plan has been revised to focus on sustainability in all aspects, including infrastructure, environmental issues, and transportation.

Contemporary issues, including climate change and environmental sustainability, formed the crux of the General Plan’s revisions, as both were not included in the original plan when it was originally formulated.

Woodie Tescher, a hired planner from PlaceWorks, noticed South Pasadena’s recent focus on conservation and sustainability and made the steps made to change the General Plan accordingly by planning new reinvestments in the Downtown area, Ostrich Farm, and areas along Huntington Drive.

The General Plan will also incorporate its stance on sustainability into its housing plan, encouraging the reuse of existing commercial buildings for residential purposes. Although the plan previously supported implementing diverse residential structures, it will continue to focus on instituting affordable housing units throughout the city.

Along with clarifying language in residential acts, South Pasadena is committing to emphasize the importance of walking and biking as an alternative to using cars in order to take steps to make the city more environmentally sustainable.

Such strategies include designing networks of complete streets for biking and walking to help lessen motor congestion rather than simply adding new lanes.

Additionally, the plan will focus on various issues including a street clarification map which simplifies cycling, walking, and public transportation methods that are important to the city.

Changes from the 2017 plan will include an emphasis on clarification, transportation, flexibility in changing budget or legislation, and revisions with statutory requirements.

Tescher specified the past interpertations of the statutory requirements, noting the plan’s focus on using clearer language, but also describing its flexibility in being “living and breathing plans and not concrete plans.”

Residents expressed their concerns with the city and possible future changes during both General Plan meetings. Some community members voiced their issues with the number of nail salons and massage parlors. Among other issues, citizens criticized plan’s inclusion of two-story buildings in the downtown area, wanting to keep South Pasadena’s small town feel.

The General Plan has not been amended since the 1990s, marking the meetings as the first times residents could give feedback on the plan in nearly 30 years.

“There are far and few opportunities where one singular voice can change governmental decision making,” SPHS alumnus Brandon Yung said.

Public comment on the General Plan will be open online on the South Pasadena government’s website until Feb. 12.