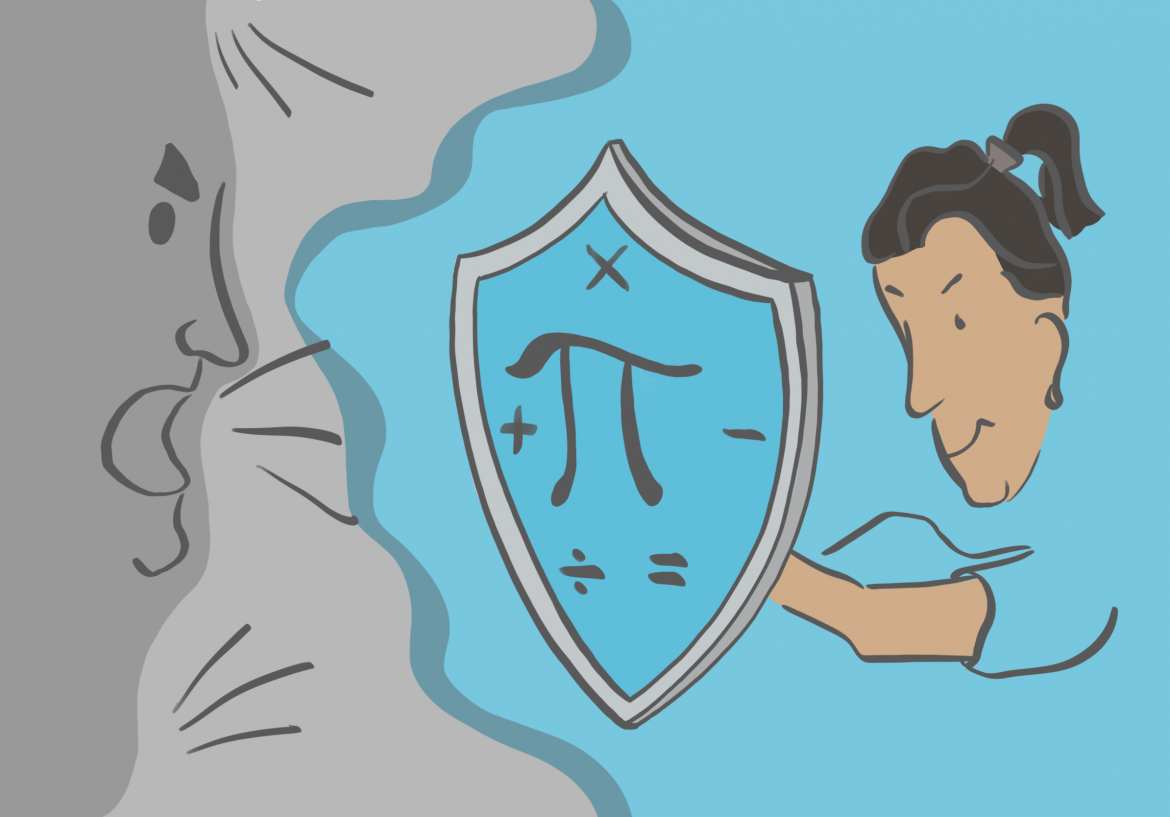 When the question, “What’s the point of math?” is asked, people are quick to defend the subject by using examples of economic or technological applications but omit the transcendent beauty of reasoning and wonder that math brings. People are always focused on increasing productivity, by using and manipulating tools like math to drive forward through an endless feedback loop of dissatisfaction. Instead of appreciating what is around us for its intrinsic value, people find themselves too caught up in buying the latest models of technology and keeping up with trends.

Math is the only subject that isn’t plagued by human idiocy and complicated by nuances. Though math can be expressed in different ways, the interpretation of symbols and numbers are the same. Even if the world catches on fire and explodes — which will happen in 29 years — all mathematical concepts and theorems will forever remain unharmed and maintain their purity because logic can’t be argued against.

Math on its own isn’t racist like facial recognition or dominated by the patriarchy like history classes. Even though math is still heavily male-dominated, the thrill from seeking the truth stays the same. Math’s permanence between equations and variables separates it from other fields, detached from everything else.

Math is also the only thing that is compatible with my black and white mentality. When life becomes numbingly repetitive, discovering satisfying relationships between equations and variables and hyper-focusing on irrefutable proofs and theorems that connect every concept in a perfectious harmony, fills the void. The rush of overcoming a difficult problem provides a sense of invincibility that lingers long after I set my pencil down.

Just like how math is its complete own identity, the same is with running. Math can be applied to virtually anything– engineering, biology, even areas of history like archaeology. Many people decide to take up running to improve their performance in other sports. Math and running are similar in that they are simple concepts but can extend on their own in much more gratifying and beautiful ways that can be appreciated on their own. The endorphins that flood through me after I finish a race are the same as when I finally understand a new math concept.

Requiring constant effort, math and running are challenging at times, but they will always share the state of tranquility unreachable by anything else.