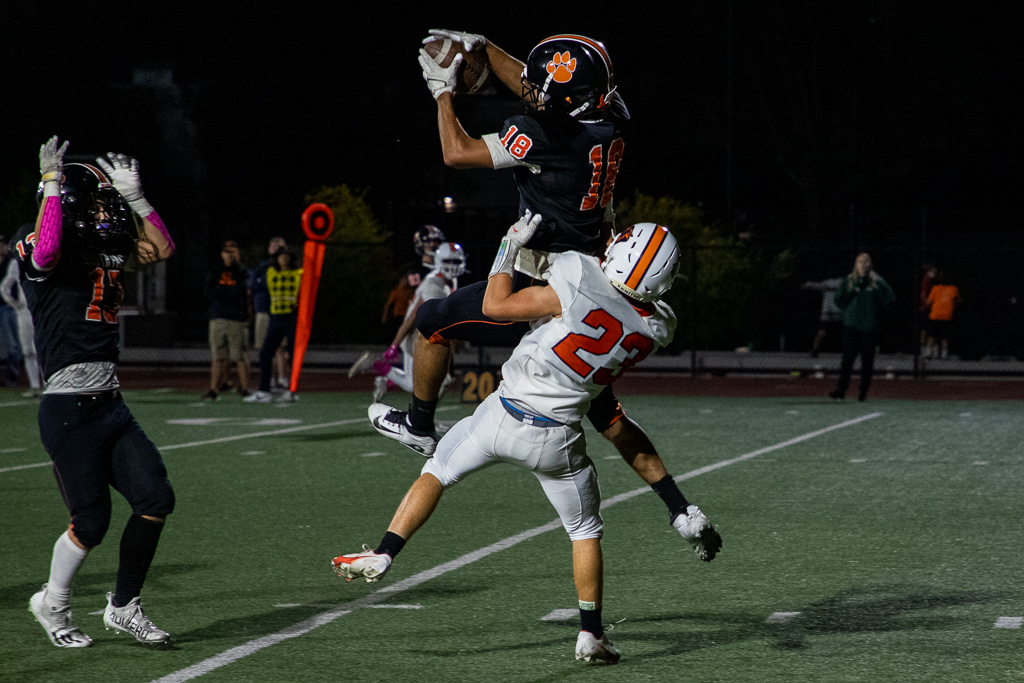 The Tigers had a rough offensive night, not scoring until the fourth quarter.

In a cat battle, the Panthers outplayed the Tigers and emerged victorious 28-8. Football saw their three game winning streak come to an end on Friday, Oct. 15, losing uncompetitively to the Pasadena Polytechnic Panthers. Coming into the game with an undefeated league record, South Pas was unable to recapture the offensive firepower and defense prowess that showed up the past two weeks.

In the post-game huddle, the discussion was most likely some combination of penalties, punts, fumbles, missed opportunities, and difficulties tackling. The Tigers, despite this loss, still have a path to CIF with must-win games against San Marino and Monrovia left on the schedule.

The game started out promising for the Tigers, as their defense bent but didn’t break; keeping the Panthers out of the end zone and off the scoreboard. Polytechnic was marching down the field but failed to score despite being within South Pas’s 10 yard line.

The Tigers’ first drive would be a microcosm of their offense throughout the game, committing two penalties and losing possession on a fumble. This set up the Panthers’ second drive in Tiger territory, and Polytechnic would take advantage with an impressive catch coupled with a strong stiff arm and blazing speed. Their wide receiver, who would haunt the Tigers’ defense all game, got into the end zone for his first touchdown of the evening.

After two penalties and a sack, South Pas punted the ball back to Polytechnic. The Panthers once again found their talented wide receiver downfield and seconds later he was in the end zone to make it 14-0 Panthers midway through the second quarter.

The Tigers’ offense didn’t bring their best rushing attack and passing game, but it certainly didn’t help that senior running back Jack Riffle, junior wide receiver Richard Conti, and senior guard Jaden Castellon were on and off the field dealing with injuries. Already searching for answers without backups, South Pas punted the ball for the third time in as many drives.

Polytechnic would get their running game involved on the last drive before the half and let their quarterback take it himself to the end zone. Polytechnic extended their substantial lead to 21-0.

An uncharacteristic fumble by Riffle opened the second half for South Pas, once more giving Polytechnic a short field to work with. The Panthers couldn’t convert and punted for the first time all night.

The Tigers couldn’t string together the beginnings of a comeback attempt throughout the third quarter, most notably squandering an opportunity inside the Panthers’ 10 yard line with four straight incompletions.

“The penalties were a big part of this game and we just didn’t have energy from the beginning,” Riffle said. “We didn’t adjust to their [defensive game plan] and that’s why we lost.”

With the game essentially out of reach in the fourth quarter, junior Aidan Kinney made an athletic interception of the Panthers quarterback. 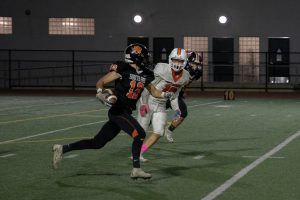 Each team would go on to score seven more, Polytechnic on a 70-yard hail mary, and South Pas on an Alex Gonzales touchdown run that prevented a shutout. Riffle would catch a two-point conversion to make the final score, 28-8, more respectable.

South Pas came out flat and couldn’t recover, but players and coaches are ready to put this game behind them and prepare for a critical game next week against San Marino. A victory against the Titans would all but secure a spot in CIF depending on the play of other top Rio Hondo league teams. 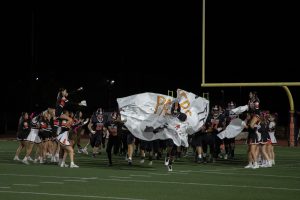