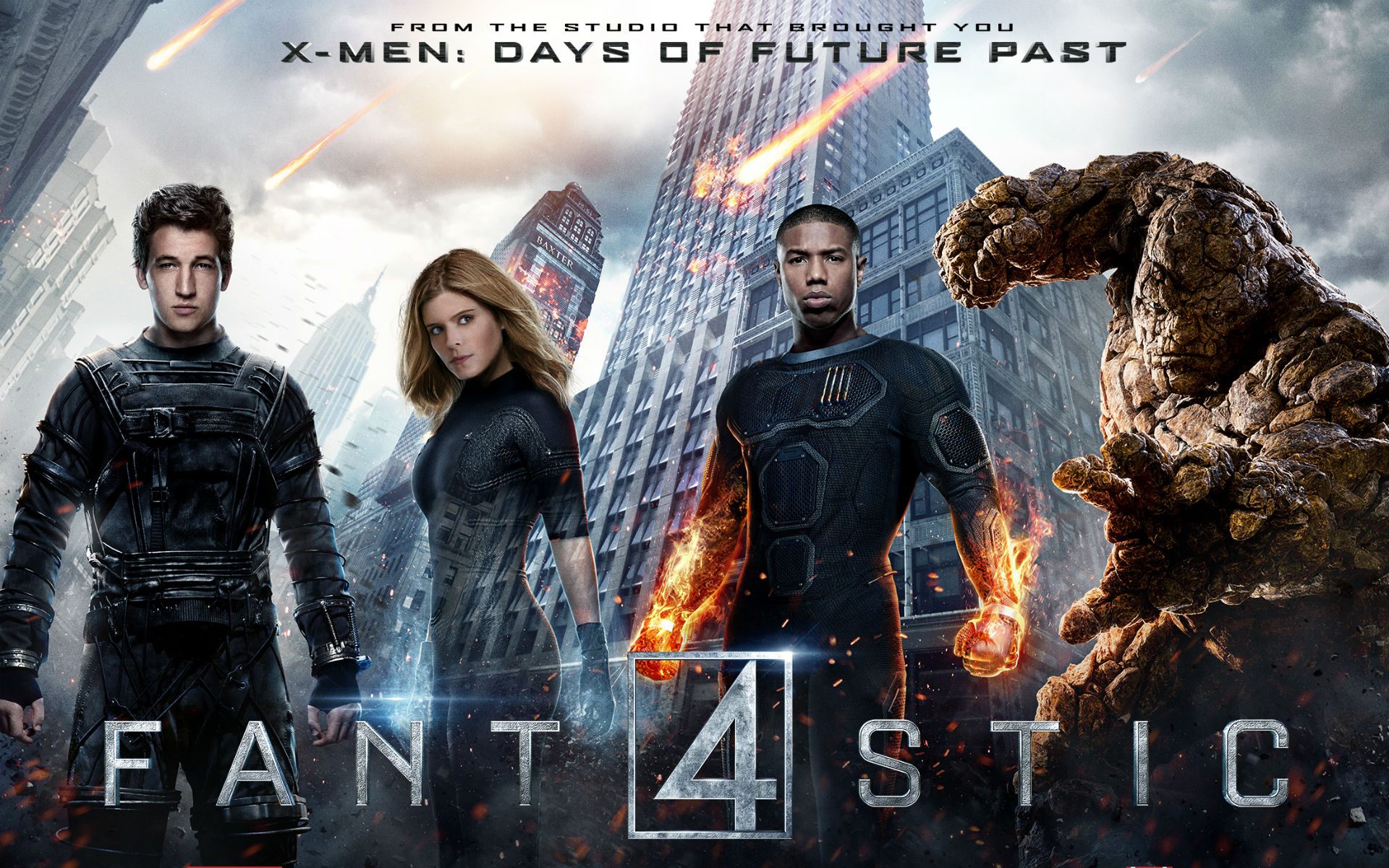 The Fantastic Four series has had its share of reboots lately. The 2005 film Fantastic Four and the 2007 sequel Fantastic Four: Rise of the Silver Surfer were both adequate, but did not fulfill the great potential that the series had. So when the latest offering, Fantastic Four, was released, there was great hope amongst fans that this would be the movie to achieve that possibility. What they got instead was a pathetic excuse for a film, with a nonsensical plot and a dreadful script.

The film follows boy genius Reed Richards (Miles Teller), who is able to successfully build a teleporter with help from his best friend Ben Grimm (Jamie Bell). His invention catches the attention of Dr. Franklin Storm, who works at the Baxter Institute. Storm invites Reed to work at Baxter, where he meets Dr. Storm’s two children, Sue (Kate Mara) and Johnny (Michael B. Jordan). He also meets a third worker at Baxter, Victor Von Doom (Toby Kebbell). One day, while working on a new version of Reed’s teleporter, the four of them decide to test it out, along with Ben. This turns out to be a big mistake, as Victor gets left behind, and Reed, Ben, Sue and Johnny are left with unique physical characteristics. The four of them now must decide whether to go back to their old lives, or to utilize these new abilities.

There is a plethora of cringe-worthy aspects of Fantastic Four, and perhaps the worst is the plot. There are numerous scenes that aren’t properly developed, which makes the movie illogical and hard to follow. On top of that, the main villain of the film is not even mentioned until over halfway through, and is only on screen for about 10 minutes.  The entire movie contains just one fight scene, which also happens to be one of the worst scenes in the whole film, an impressive feat considering the movie’s quality. The lack of an antagonist greatly reduces the quality of the picture, and makes it dull.

Accommodating the horrible plot, the film also has a horrible screenplay. The 100-minute movie is jam-packed with despicably cheesy lines, and is very hard to take seriously. There are hardly any funny moments, which is unusual for a Marvel film. The drab writing also makes it hard for the audience to feel any emotion for the underdeveloped characters. The screenplay as a whole is sloppy and distasteful.

Fantastic Four is, quite simply, a trainwreck. Multiple elements, including a boring plot and a crummy screenplay, combine to make a movie that disappoints fans across the world.