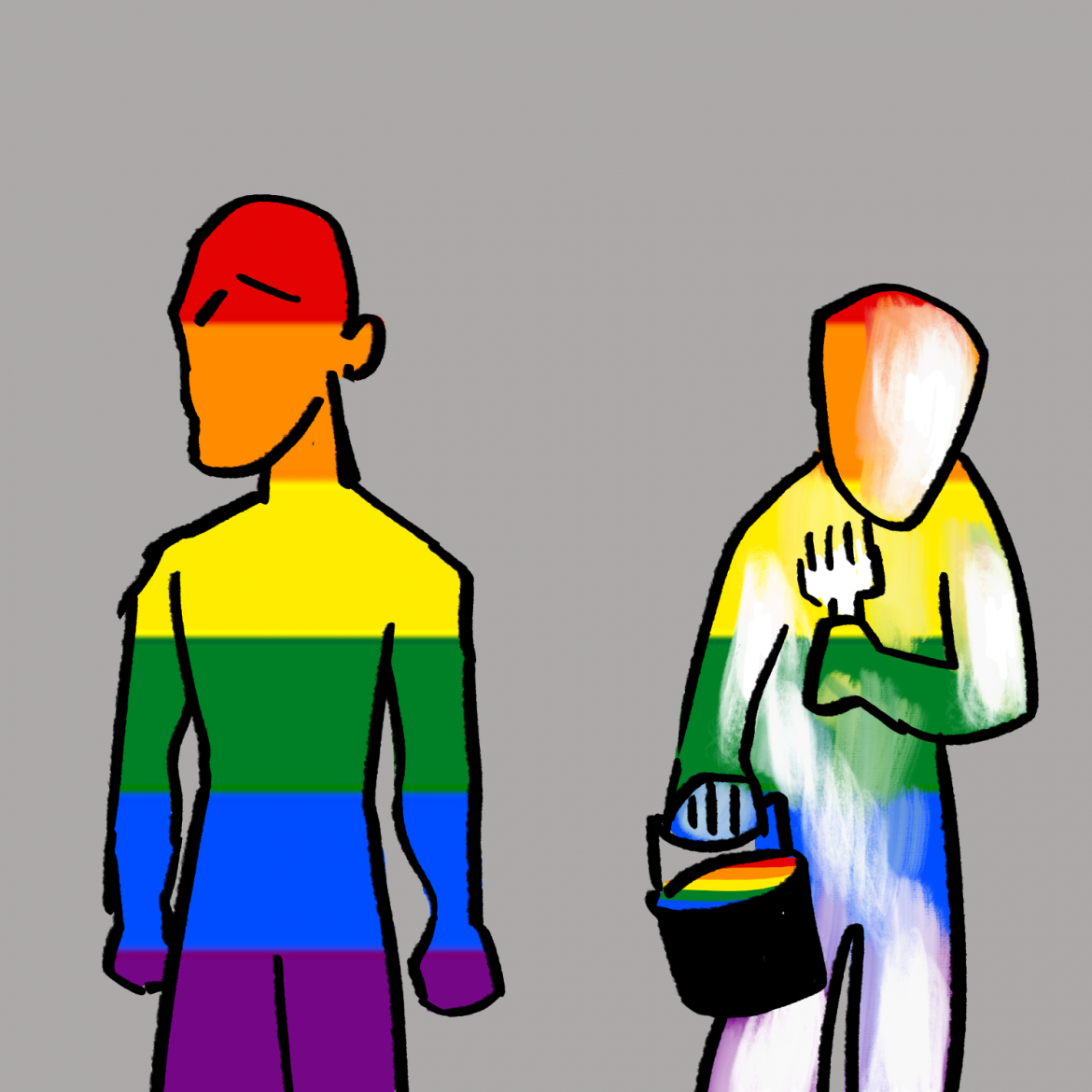 Cis-het people shouldn't pretend that they know what it’s like to be discriminated against for embracing who they are, whether it’s for an LGBTQ+ acting role or prepending to be in a non-straight relationship as a joke.

This is a debate we’ve all heard over and over again: should queer roles be reserved for LGBTQ+ actors? To be frank — I most definitely think they should. When straight people play queer roles, or worse, when cis actors play trans roles, they lack the background knowledge to understand the hardships that LGBTQ+ people have gone through, which just leads to misrepresentation and perpetuation of harmful stereotypes.

In the movie Dallas Buyers Club, Jared Leto played a transgender woman suffering with AIDS and was nominated for an Oscar for his performance, in essence being praised for his “work” since it “was probably uncomfortable” or “difficult” to film. Many of the actors who play these roles also give themselves so much credit for making a tremendous difference in LGBTQ+ people’s lives. This sets a bad example for the cis-het community because people will assume that this behavior is okay and that pretending to be in a marginalized group is in any way progressive or beneficial to anyone.

Just as straight people are playing LGBTQ+ roles in movies, straight people at this school far too often pretend to be in relationships with their same-sexed peers as some form of amusement. I’ve seen social media posts of people asking if they should “come out” to their parents or if the (fake queer) couple should “just date already.” Likewise, cisgender people are quick to make jokes about the gender they align with, trivializing gender identity and fluidity. This was especially noticeable during pride month, people post pictures for “pride” even though they’re not the people who are actually marginalized for their sexual and gender identities.

Although cis and straight people pretending to be queer may seem harmless at the surface, these fake relationships and identities become problematic when they take over the presence that LGBTQ+ people deserve. This is especially prevalent during pride month, a time designated for people in the queer community to embrace who they truly are. But it shouldn’t just be problematic during pride month, LGBTQ+ people deserve to be able to embrace who they are in all months of the year. If you constantly make jokes about being in a queer relationship or identifying as a different gender, you’re making it clear that you don’t take LGBTQ+ people’s existence seriously, which is dehumanizing. No cis-het person, whether it’s for an acting role or a fake relationship, should ever pretend that they know what it’s like to be discriminated against for embracing who they are.