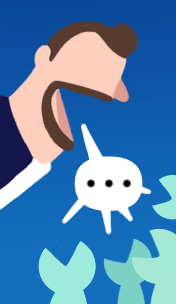 The alt-right political commentator's unusual and winding path to influence is indicative of a movement rooted in opposition rather than principle.

In 2008, Dave Rubin released the first episode of Hot Gay Comics, a show designed to publicize queer members of the stand-up comedy world. Information on Hot Gay Comics is suprisingly hard to find with the exception of a single IMDB review giving the show 2/10 stars, citing that it was cringey, awkward, and had a bad host (Dave Rubin). After an uneventful eight-episode run, the show was canceled, living and dying in obscurity.

Unfortunately, most people do not know Dave Rubin as the host of Hot Gay Comics. Rubin is now the host of The Rubin Report, a right-wing political commentary YouTube, a stark contrast to his humble beginnings as a stand-up comic.

Rubin has been considered by many to be a part of the “Intellectual dark-web (IWB),” a subgroup of the alt-right that includes a number of notable members like Ben Shapiro, Steven Molyneux, and Dennis Prager (Creator of PragerU), and has gained incredible traction by acting as a “gateway” to the MAGA movement. However, it is worth noting that Rubin has never recognized himself as a conservative, but rather a “classical liberal” or “anti-progressive”

Before Rubin fell in with the alt-right, The Rubin Report was originally hosted by The Young Turks, a Youtube channel dedicated to hosting a number of subsidiary channels focused on left-leaning political commentary and news. Rubin has cited a number of reasons for leaving the Turks, suggesting that they “got too political,” or even simply that he “woke up.”

After parting ways with The Turks and taking a small portion of their audience with him, Rubin’s own channel started to gain traction with videos like “On Trump and The Muslim Ban with Glenn Beck.” in which Beck vehemently defends Trump’s suggested Muslim ban as well as generally bemoans progressive politics. Having found a profitable formula, Rubin continued making videos platforming a number of far right pundits (Milo Yeanopolis, Sean Hannity, Dan Crenshaw), letting them make outrageous claims, while he occasionally nodded his head in agreement. Rubin found incredible success in this format, netting over 1.5 million subscribers and launching a merch store in which he sells shirts that read “classical liberal” for  $25.

The bizarre fact about Dave Rubin is just as uninspired his content is. This criticism is not unique to Rubin, and can be extended to just about all of the aforementioned “IDW.” The majority of these creators produce the same type of content (political commentary), covering the same topics (whatever is trending on Twitter at time of release), and more importantly having on the same set of guests (each other), which raises an interesting question about not just Dave Rubin, but the right wing political commentary sphere as a whole: What is the appeal?

Clearly, as shown by Rubin’s past career efforts (and also something that can be intuited by watching a Rubin Report video), the answer to this question is neither charisma nor charm, as Rubin utterly failed to find an audience until he began to focus on the identity of right-wing politics. Moreover, the answer also doesn’t fall with the guests that Rubin hosts, as his bread and butter content tends to feature other right wing commentators, which at this point is more of a stylistic flourish of the “IWD.”

In reality, the answer to this question is far more fundamental to the type of content Rubin creates. While the story of Dave Rubin may read like that of an ambitious businessman lacking in moral convictions, it is actually a story of identity. Since the beginning of his public-facing career, Dave Rubin has never stopped trying to sell the world an identity. From Hot Gay Comic, a show from the ground up to appeal to a gay audience, to his time with the Young Turks trying to market himself as an alternative to late-night TV, finally ending up just like everyone else in the IWA: with a merch store that sells overpriced t-shirts with political slogans on them.

By this token, Rubin and the rest of the IDW has amassed an audience of individuals who can seek to define themselves only through their political identity, a group of impressionable viewers who care less about the actual politics and more about the aesthetic of the community. This is why Rubin can’t identify himself as a conservative, but rather an “anti-progressive” — the community he has formed has less to do with the actual politics he promotes and puts forward and more on  the aesthetic of existing in opposition to another set of ideas. This is to say that Rubin can only justify his existence by proving that the identity he is selling is not only important, but constantly under attack, and the only way you can help is by buying a shirt for $25.

This critique can be extended to the alt-right movement as a whole. In a time where so many are under constant attack for their ethnic, cultural and sexual identities, it can be incredibly difficult to feel like you don’t have an identity. Straight white men can’t “blame” their struggles on factors like race or sexual orientation, sot they perform mental gymnastics to turn their privilege into something paradoxically isolating. This creates a space for people like Rubin to come in and assure them that not only do they have identities, but identities that are oppressed and need fighting for. In an almost Hegelian fashion, The Rubin Report and The alt-right as a whole serve as the antithesis to the synthesis that is progressive politics, and thus couldn’t exist without them.