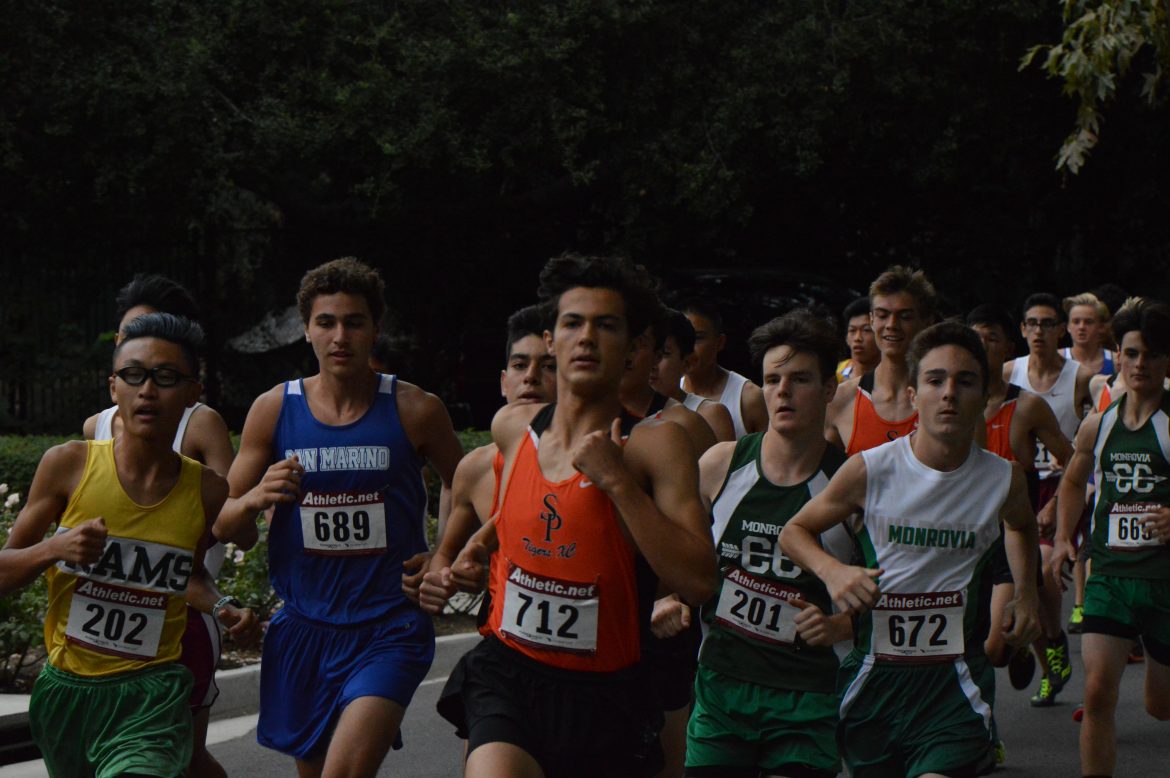 Senior Sam Clark (712) easily dominated the competition, finishing a full 13 seconds before the next runner.

Senior Sam Clark led the charge, completing three miles in 15:59 (1st). Junior Andrew Villapadua followed shortly behind with a time of 16:12 (2nd). Junior Colin Grace replaced an injured runner and gave a solid performance, coming in as the fifth South Pasadena runner with a time of 17:25.

The girls team performed strongly as well. Sophomores Sydney Morrow and Mai Koyama led the Tigers with times of 18:48 (3rd) and 19:11 (5th), respectively.

“I’m happy to have stronger competition in league,” Clark said. “I am certain it will help us achieve new PRs and prepare us for the challenge of CIF and State.”

The team is set to run at the Dana Hills Invitational on Saturday, Sept. 28.