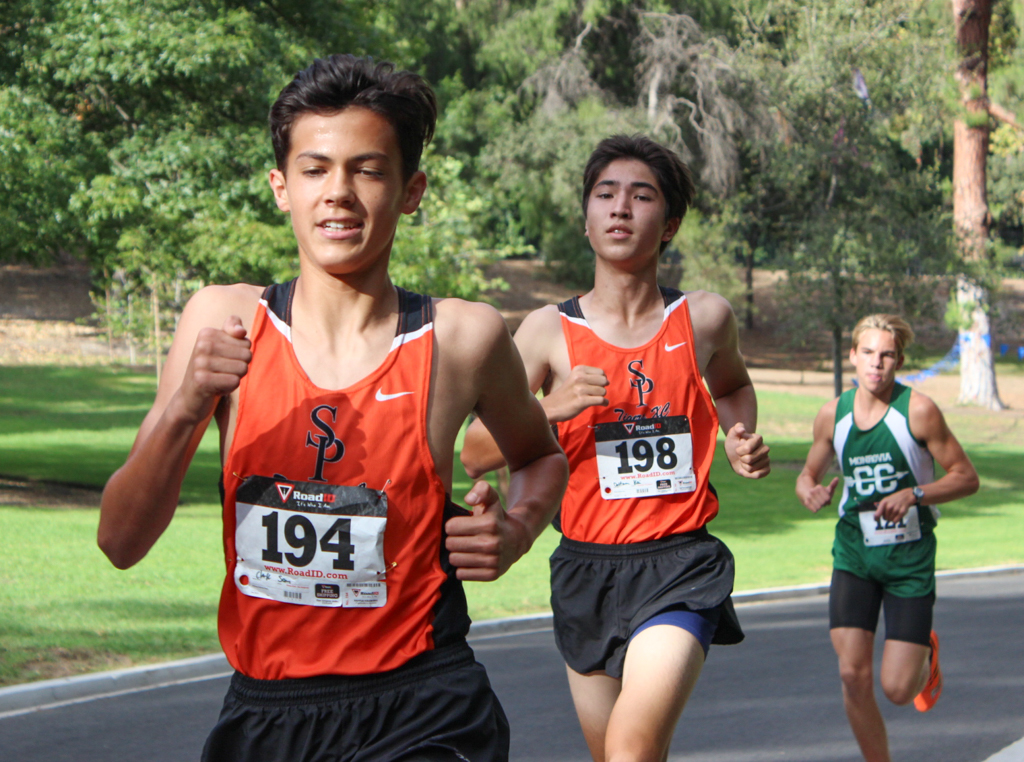 Junior Sam Clark and senior Kai Dettman will be top runners for the boys team.

The SPHS boys and girls’ cross country teams have shown dominance within the Rio Hondo League in the past three years. The varsity boys, who ended last season one spot away from advancing to the CIF state round, are hoping to extend their reign as league champions and advance further in the postseason this season. The girls, who ran admirably in league, are seeking to improve their standing in the coming season. With fresh legs, intense training throughout the summer, and the added potential from key frosh-soph runners, both teams envision a strong chance of success.

The boys’ varsity team will be heading into the upcoming season with the loss of dominant runner Oliver Chang, who consistently finished within the top ranks of runners. His departure will have a notable effect on the team, and leaves a spot to be filled by new talent. To fill the void left by departing seniors, the team will look to sophomore Andrew Parkinson and freshman Brady Nakamura, both of whom have been consistently training with varsity runners. The boys’ team has placed first in the Rio Hondo league each of the last three years, however, they have often struggled to make CIF playoffs, a trend they hope to end in 2018.

Junior Sam Clark, a member of the boys’ varsity team, believes that, with the influx of new talent from the frosh-soph team, the boys have a good shot at making it into the CIF state round.

“This year we hope to [advance]… with the people returning,” Clark said. “It’s definitely something we’re working towards, and not just a long shot goal, but something that’s well within reach.”

After a grueling 2017 season, the girls’ varsity team placed a close second to La Canada, narrowly missing the title of league champions. However, this year, the girls are hoping to take home the league title with the help of reinvigorated returning runners. The girls’ team will also be receiving lots of fresh talent from former frosh-soph runners. Sophomore Sydney Morrow has done lots of running and training with the varsity girls and looks particularly prepared for the higher level. Alongside some of the newer runners, returning runners have spent the summer training in preparation for the season and are looking to start the season strong. Senior Elizabeth Bock, a top runner in the 2017 season, is looking to be a particularly strong runner in the upcoming season.

The varsity boys and girls will have their first meet on September 20 at Great Park in Irvine.

Officer-involved shooting on Fremont results in one fatality

Sydney is a freshman – just for future reference :)
She is also our fastest runner in 5 years!