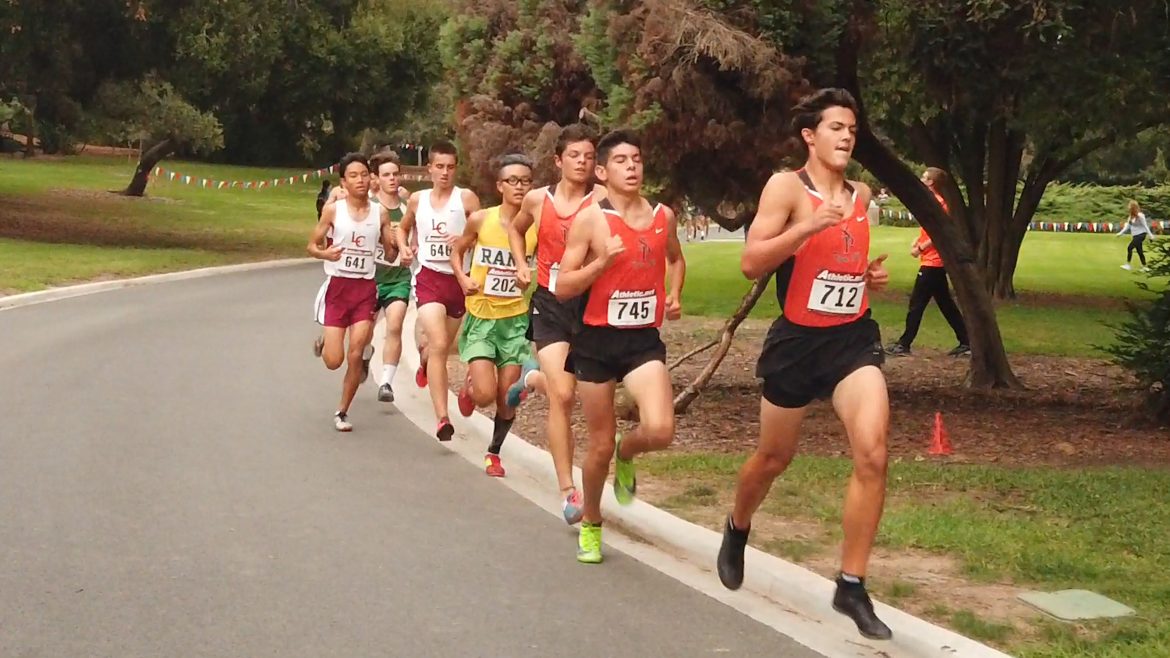 After competing at the Clovis Invitational just three days ago, many runners ran a minute or more slower than usual. Still, the boys finished in first place, while the girls placed second, only one point behind La Cañada.

As usual, senior Sam Clark won the varsity boys race as usual with a time of 16:36.00. Juniors Andrew Villapudua and Benicio Perez came in shortly after, running the three miles in 17:04.00 (third) and 17:07.00 (fourth), respectively. The team finished the meet a whole 13 points ahead of second place finisher, La Cañada.

This race marks the halfway point in the season and coach Michael Parkinson remains optimistic about the team’s prospects for state.

“I believe the boys are going to be ranked in the top five for CIF D-IV, maybe as high as three,” Parkinson said. “The girls are probably ranked around six or seven. To me, we’re gonna get [to state], but we want to be competitive when we get there, so we still have some work to do.”

The team will travel to Walnut for its next meet, the Mount Sac Invitational, on Friday, Oct. 25.