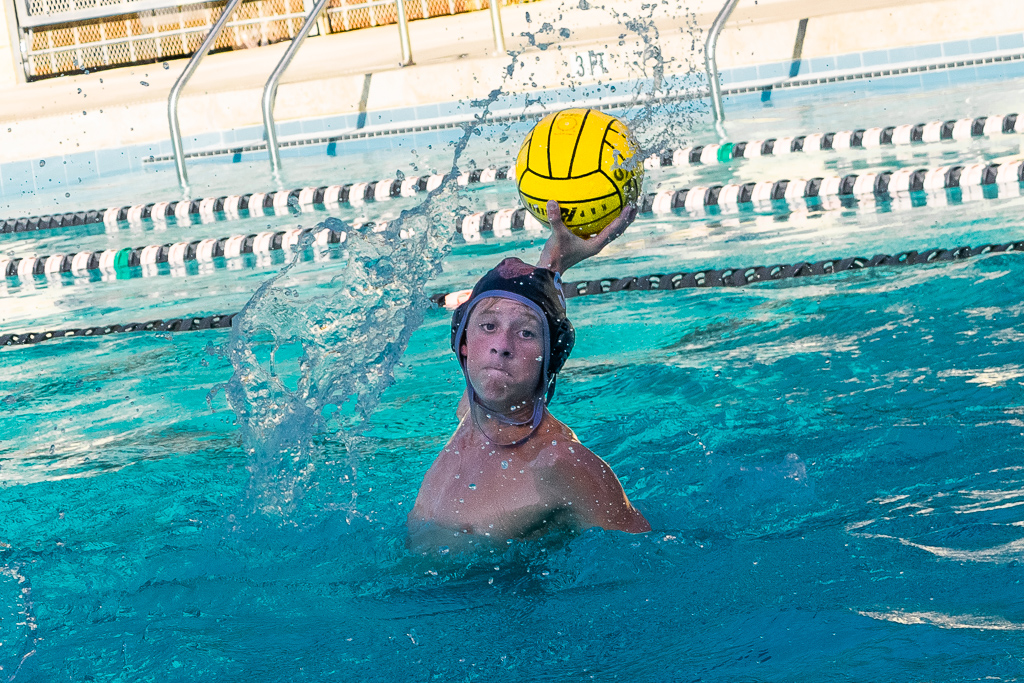 As Temple City is South Pas' only real competition, the boys water polo team puts themselves in a terrific position to win league with this win.

Despite Temple City scoring the first goal, the Tigers quickly bounced back. South Pas maintained a strong defense, opening up offensive opportunities, and junior Anthony Felix sent a lightning strike into the goal.

South Pas kept the ball moving during long rallies with strategic passes, drawing the Temple City defense farther out from their goal.

Flannigan found himself open and slammed the ball into the net from the center of the pool. Sophomore Blix Hadsell-Florin brought the score up to 3-2 with a smooth, low flying ball from the far corner.

Felix started the second quarter with another score, lobbing a long shot into the net. Down by two points, the Rams started to fight back harder, but South Pas matched their intensity.

Lane-Flannigan fought tooth and nail to keep the ball and he succeeded, carrying the ball almost right into the goal. Seconds before he took a shot, a Temple City player came up from the side and stripped Lan-Flannigan of possession. Luckily, senior Evan Kowal didn’t miss a beat and tapped the rebound in for a score.

In the second half, South Pas played tough defense, never letting their guard down. They maintained possession, moving the ball across the pool, patiently waiting for an opportunity to send in another offensive attack.

Desperately trying to close the score gap, Temple City managed to work their way through the South Pas defense once, but junior goalkeeper Liam Markus shot the shot attempt down effortlessly.

The Tigers were determined to keep their lead and broke apart Temple City’s defense. Lane-Flannigan was unstoppable and scored two impossible to block shots in rapid succession, leaving the Rams stunned.

South Pas shrugged off Temple City attacks and continued to facilitate good communication and graceful passes, moving the game up to the front of the Rams’ goal. In the midst of the scuffle, the Tigers took a chance and shot. It bounces off the goalpost, but Kowal scored again off the rebound. The South Pas attack refused to let up and finished the game with a score of 10-5.

“I was ecstatic with how we performed today. We all did our job and were able to walk away undefeated through the first half of league. I’m so proud of the team,” Kowal said.

South Pas will play Monrovia Thursday, Oct. 17. In the last matchup, the Tigers dominated in a 23-3 win and hope to do the same later this week.