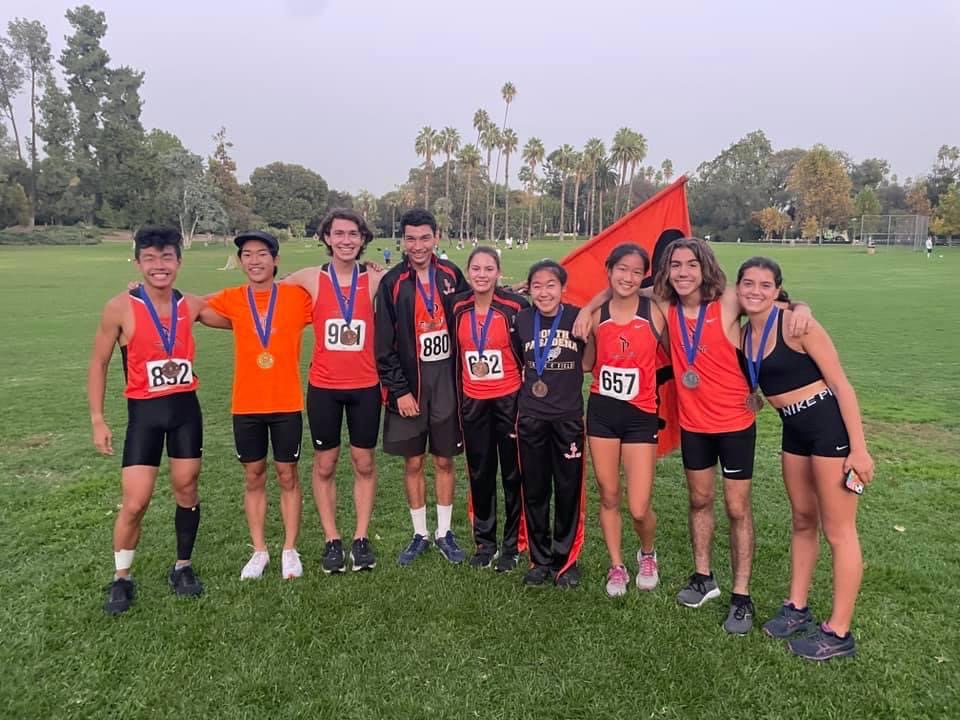 The above four-year cross country athletes competed in their last league finals on Thursday, Nov. 4.

On the girls side, senior Sydney Morrow led the team with a third place finish in 18:52. Freshman Abigail Errington placed 7th with a time of 19:34. Seniors Kerrigan Riley and Gabriela Rodriguez placed 11th and 12th, with times of 20:04 and 20:14, respectively. Seniors Mai Koyama and Lilian Zhu placed 14th and 15th, completing the race in 20:51 and 20:57, respectively. Senior Miranda Liu finished the race in 21:41, placing 17th.

“Every team did very well and got first, besides varsity girls. But we still got 2nd and qualified for CIF prelims, and our biggest competition (La Cañada) is ranked very high in the state, and is a very tough team to beat,” Rodriguez said. “It’s good that they’re in our league because we get so much practice racing against some very fast girls.”

The boys and girls team must place in the top five teams of their heats at CIF Prelims to advance to CIF Finals. There, they must finish in the top seven to advance to the state championships.

“I think as a whole for varsity girls and varsity boys as we enter CIF, we just have to be consistent and push hard every meet.” Rodriguez said. “Hopefully we’ll be able to qualify for CIF Finals from CIF Prelims next Friday, and if we peak at CIF Finals we could qualify for state, which is our ultimate goal.”