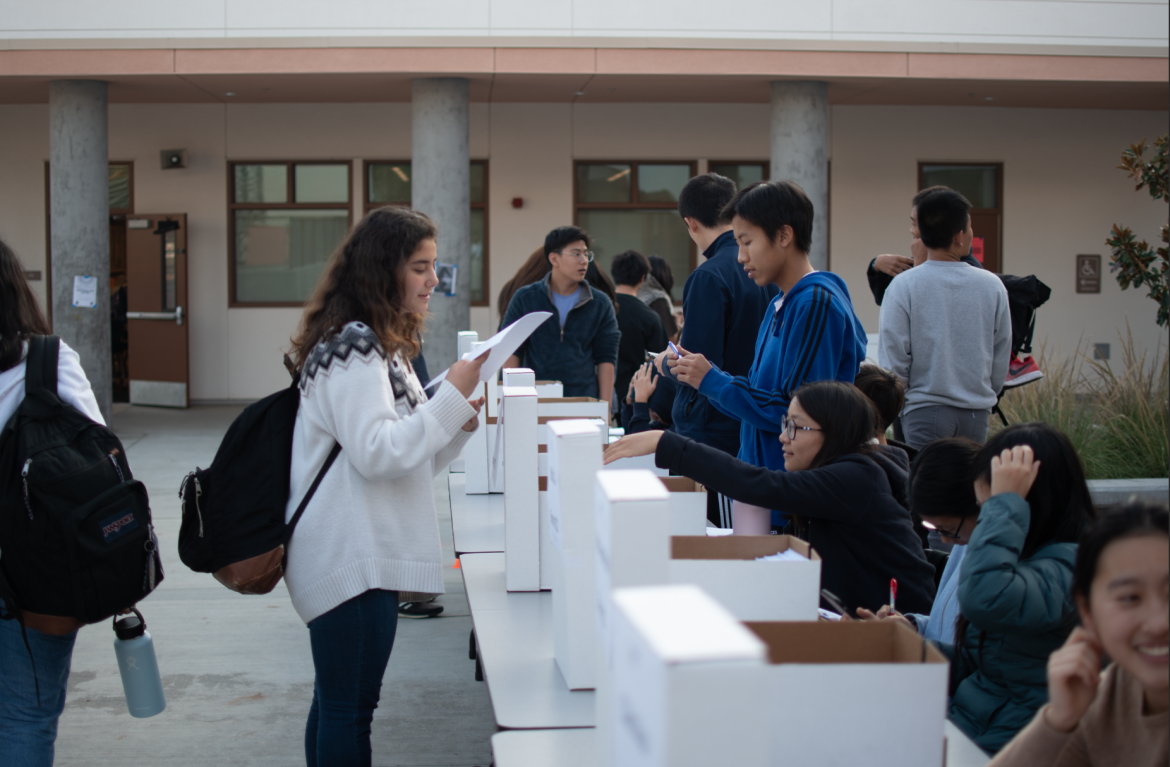 Calculus for a Cause continued the fundraiser with the option of donation in response to concerns from a South Pasadena resident.

Photo courtesy of Calculus for a Cause
Contributor

A South Pasadena resident has raised the possibility of legal action against the South Pasadena Unified School District (SPUSD) in relation to SPHS’ Calculus for a Cause. Resident John Srebalus asserted in a letter to SPUSD that the packets distributed at Calculus for a Cause events are educational materials, and as such any fees associated with the packets are an illegal barrier.

In a statement, Srebalus cites the California Constitution, Article IX, Section 5, or the “free public school guarantee”, as the reason behind his action, with claims that certain aspects of the Calculus for a Cause event violate this statute.

Calculus for a Cause is a fundraising event held by the AP Calculus A/B classes before finals, pricing review packets for $20 and offering a complimentary tutoring session. All of the money raised from the event is donated to a specific charitable cause or organization chosen beforehand, with this year’s proceeds going to the Sharing Hands Foundation working with underprivileged communities around the world. One of their current projects is to provide aid for the Easter bombing victims in Sri Lanka.

Srebalus’ concern arises from the $20 donation, as well as the legality of the fee waivers. In the past, Calculus for a Cause has sponsored students if procuring the donation amount was difficult, waiving the cost to purchase the packet. Srebalus cited a California case that prohibits fee waivers on the basis that they stigmatize students that have less financial resources than their more affluent peers.

The SPHS Math Department has stated that all mathematics students received review packets in their respective classes and that Calculus for a Cause was an optional resource.

“I realize the goal is to collect donations for a great nonprofit, but even donations have to be solicited in a way that doesn’t place conditions on educational activities,” Srebalus said.

Srebalus has sent another letter to the South Pasadena School District outlining his concerns. School Board Member Zahir Robb reportedly agreed, making suggestions to Superintendent Geoff Yantz to “uncouple the math instruction from the donation.”

“We could have helped a lot of families with what we would’ve made but with their restrictions in place we only made about half of what we usually do in first semester,” senior Jamilah Hah said. “It’s also really sad because the student administrators have put in hundreds of hours to prepare for the event and we weren’t notified about these changes until Wednesday, two days before the event. Things should’ve been handled better on both sides.”

All students who attended the fundraiser on Friday were provided a final review packet and tutoring at no additional cost, but a separate donation table was set up for the Sharing Hands Foundation.

The Math Department will continue Calculus for a Cause in the future, but with a few proposed changes. The students involved in the event will operate from a club with teachers’ supervision, and the packets will be distributed digitally to avoid the use of school resources. Nothing has been approved by SPUSD as of date.

“It’s honestly really hard to say what the future for Calculus for a Cause is at this point. But even so, I personally want to fight for the program because I’ve seen the way it has benefitted students,” Hah said. “Being able to work with a tutor that can inspire a student is something I really want to continue providing, but we’re still waiting to see if our replacement plan meets the legal criteria.”